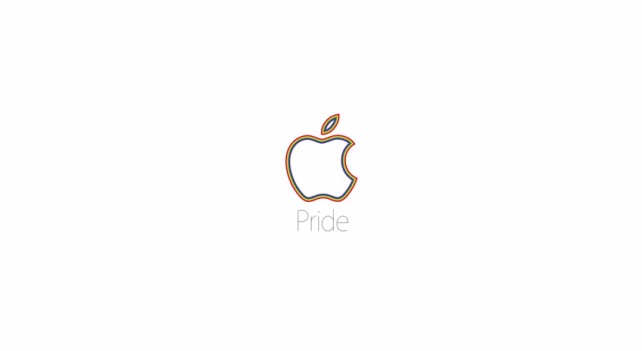 Apple on Monday published a video showing the company's participation in the San Francisco Pride Parade, where the company showed up in force to celebrate diversity and hand out vouchers for free iTunes songs.

"On June 29, thousands of Apple employees and their families marched in the San Francisco Pride Parade. They came from around the world — from cities as far as Munich, Paris, and Hong Kong — to celebrate Apple's unwavering commitment to equality and diversity. Because we believe that inclusion inspires innovation," the YouTube description read.

The video, set to Coldplay's "A Sky Full of Stars," shows preparations for the Pride Parade, including rainbow-colored flags and special edition T-shirts with the word "Pride" just below a similarly colored Apple logo.

Apple CEO Tim Cook, who can be spotted in the video along with a few Apple products, tweeted a congratulations to the 5,000 Apple employees and their families that attended the parade, saying "inclusion inspires innovation," the same message later used in the video.