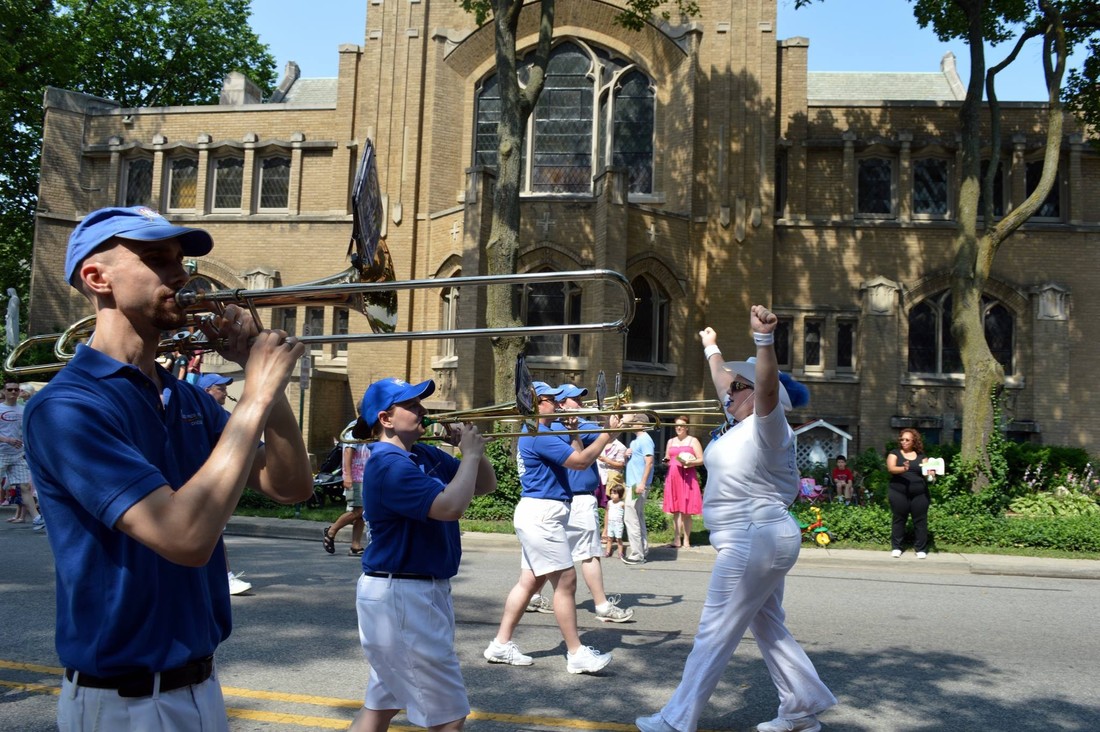 Oak Park, IL - The Lakeside Pride Freedom Marching Band will make its third annual appearance at the Oak Park Fourth of July Parade at 10 a.m. on Friday, July 4th. The group will march with the Oak Park Area Lesbian and Gay Association (OPALGA) to celebrate not only the holiday but also the diversity of families in the area.

The annual Oak Park Fourth of July Parade marks its tenth year and features more than 50 entries, attracting thousands of people along the parade route.

The two groups have been participating in the parade to showcase how LGBT individuals and families are part of the broader Oak Park community. Lakeside Pride and OPALGA will distribute rainbow flags on the route to signify that there is a home for LGBT individuals in cities and towns all over.

"These musical selections honor those who serve and those who we will never forget, especially our LGBT troops who can now serve openly and celebrates our newly recognized acceptance of LGBT families through the passing of marriage equality in Illinois," said Andrew Favreau, Lakeside Pride Board Chairman.

The group will perform several noteworthy songs for spectators during the parade, including a medley of U.S. Armed Forces songs, "Happy" by Pharrell Williams and "We Are Family" by Sister Sledge.

The Lakeside Pride Freedom Marching Band is part of Lakeside Pride Music Ensembles, a recognized nonprofit organization. The group was inducted into the Chicago Gay and Lesbian Hall of Fame in 2011.

The award-winning LGBT marching band has a strong legacy dating back to 1997 and has appeared at parades and events all over the Midwest, including the Chicago Memorial Day Parade, Indy Pride Parade and Milwaukee Pride Parade.

Founded in 1989, OPALGA became one of the largest community-based, multipurpose lesbian, gay, bisexual and transgender (LGBT) membership organizations in Illinois.

According to its website, the organization's mission is to promote positive attitudes and advocate for full equality for the gay, lesbian, bisexual and transgendered community in Oak Park.

Members of the Oak Park Area Lesbian and Gay Association (OPALGA) approached Lakeside Pride Music Ensembles after seeing the excitement they create at the annual Chicago Pride Parade. OPALGA has participated in the annual Oak Park Fourth of July Parade for a number of years and worked with the Community Relations Commission for the Village of Oak Park to sponsor the band's participation.

"Music is a universal language that brings people from all walks of life together," Favreau said. "The band's message of equality and social acceptance is delivered through the visibility of the ensemble, which features members from the LGBT community and its straight allies, and the music the ensemble makes together."