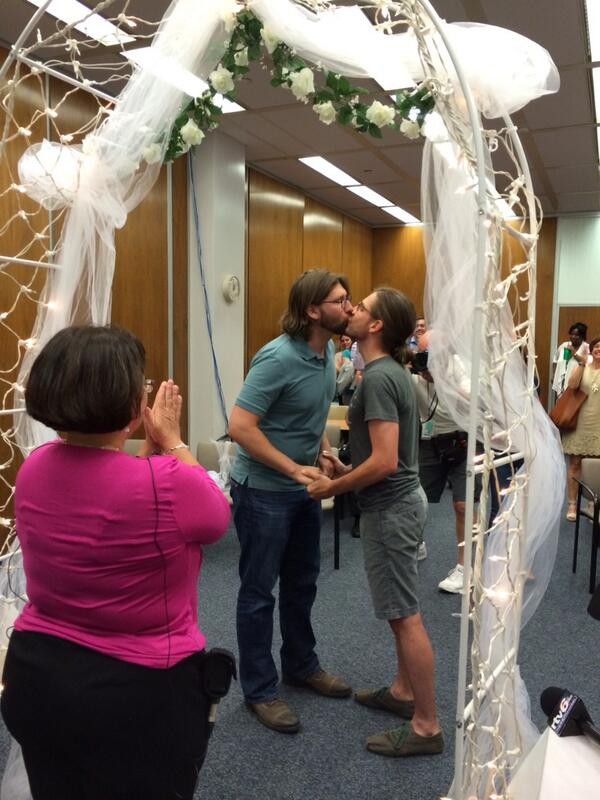 "We are ecstatic that the court recognized what we have always maintained: That there is simply no justification for treating same-sex couples any differently than other loving couples of opposite genders.

"Thanks to the decision of Judge Young, Hoosier couples and their children no longer have to wait for their families to be accorded the rights and dignity that only come with marriage," said Jane Henegar, ACLU of Indiana executive director. "Marriage is a commitment, declared privately and publicly, to love and honor and be responsible to and for each other. Same-sex couples want marriage, and finally marriage is possible in Indiana."

Hoosiers Unite for Marriage, a statewide effort dedicated to moving marriage forward for all couples, also released a statement in response to the federal ruling:

"This is an extraordinary day for the plaintiffs in these cases and for all loving, committed Hoosier couples who want to marry in this state. Not only is Indiana's marriage ban unconstitutional, but couples are able to get married right away. Today, justice has been done, and love wins.

"We know this could be the start of a long legal fight, and we're ready to stand strong for loving, committed couples to have the right to marry in Indiana. We have already gathered more than 2,000 signatures asking Attorney General Greg Zoeller not to file an appeal in this case, and we will keep up that pressure until it's clear that Indiana's same-sex marriage ban is gone for good."

The judge's ruling continues the trend of other federal judges across the country, including Wisconsin earlier this month.