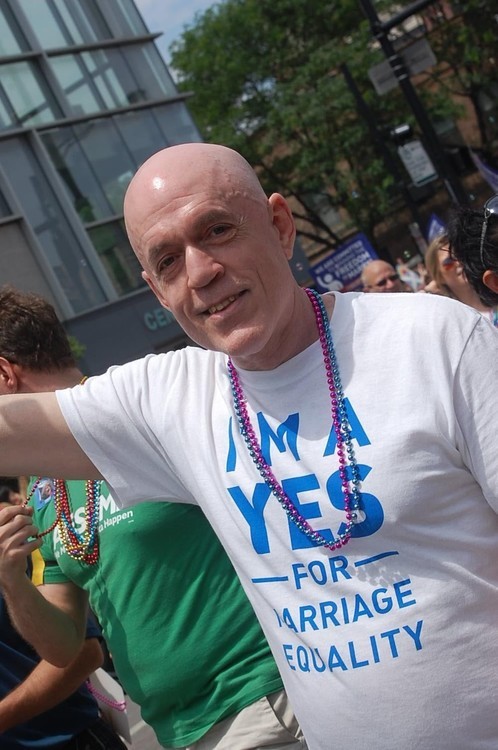 Chicago, IL - Despite an online petition calling for him to be named as a Grand Marshal at the 2014 Chicago Pride Parade, state Rep. Greg Harris told ChicagoPride.com Monday that he will be marching with the same contingent as previous years.

"I think it is very flattering and sweet that people thought of me for the parade," Harris said. "But passing marriage equality was a labor of love in which thousands of people across Illinois participated."

The petition on website Change.org was directed to Pride Parade organzier Richard Pfeiffer and called for Harris, the chief architect of the state's marriage equality legislation, to be named as co-Grand Marshal.

Pfeiffer told Windy City Times that he extended an offer on Sunday to Harris to be Grand Marshal, but Harris said he felt most comfortable being with the many politicians who worked to bring marriage equality to Illinois.

"Not to mention the Governor, Mayors Daley and Emanuel, President Preckwinkle, Comptroller Topinka, Secretary of State White, LG Simon and all the other wonderful supporters who have their own contingents," he added.

Harris, who is the highest-ranking openly gay elected official in the state, and Steans introduced the Religious Freedom and Marriage Equality Act in their respective chambers of the Illinois General Assembly in early 2013.

The measure passed Nov. 5 and was signed by Gov. Quinn on Nov. 20. The law went into effect statewide on June 1.

Openly gay athlete and music artist Will Sheridan will serve as Grand Marshal for the 45th Annual Pride Parade when it steps off at noon on Sunday, June 29.