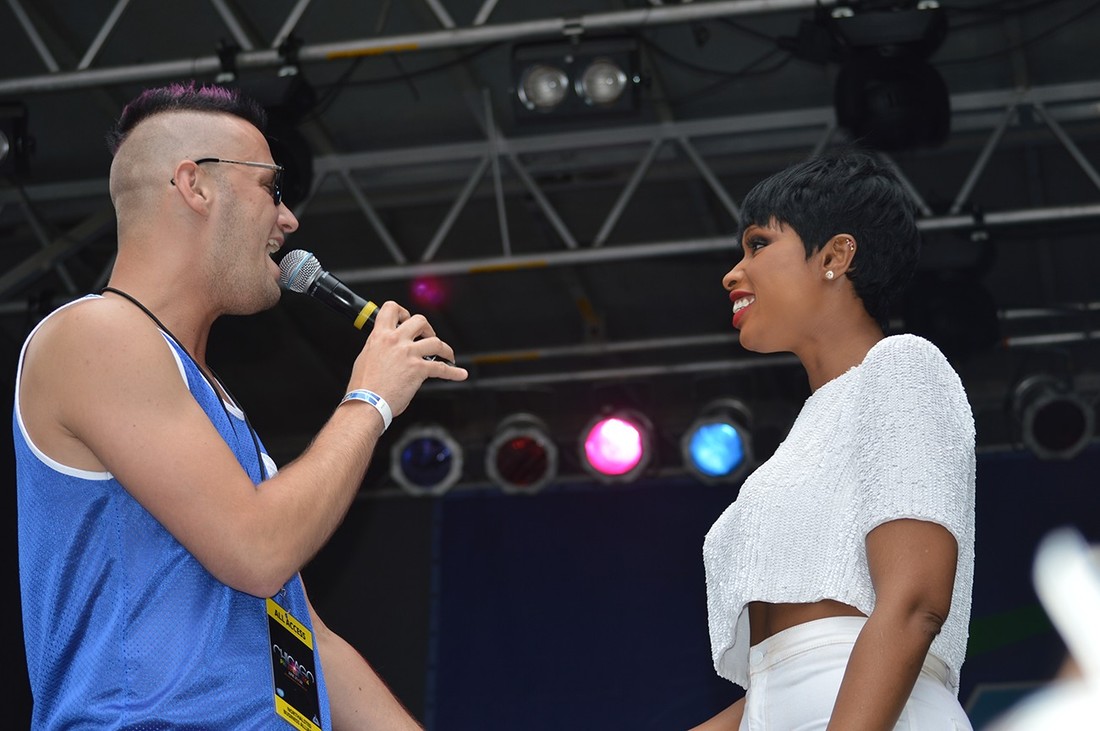 "The crowd was a testament to Pride Fest's motto that bigger is better," Kotwa told ChicagoPride.com. "And this year is special as it's a celebration of our achievements for equal rights."

Organizers have yet to release final attendance numbers for Saturday and Sunday.

In a June 12 feature published on ChicagoPride.com, Kotwa shared some of the secrets to booking the biggest acts in Pride Fest history.

"Given the fact that we were able to move Pride Fest on a separate weekend than the parade to create a two day event, it sparked some interest from our sponsors who wanted to continue to support the festival in larger ways," Kotwa said. "Plus, we figured out last year that there's a huge tourism draw for these festivals, especially when we created Pride Week.

"And, of course, the biggest thing is that we invested in some great entertainment last year," he continued.

Kotwa also credited the "tremendous efforts" of Chicago Special Events Management (SEM) and Gehrig Peterson for making Hudson's Pride Fest appearance a reality. Peterson, a veteran music director for SEM, booked a majority of the acts, including Newell and Betty Who. In addition to Pride Fest, Peterson books nearly 450 bands per summer for SEM-produced festivals.

Among the other acts that appeared as part of the two-day street festival were Glee's Alex Newell, Amber, Betty Who, Chicago native Carlito Olivero from X-Factor, Girlband, Kaci Battaglia, Mya and Thelma Houston.

Pride Week festivities continue in Boystown and culminate with the Chicago Pride Parade, stepping off at noon on Sunday, June 29.

Photos: After her performance, Sean Kotwa and the Northalsted Business Alliance presented Jennifer Hudson with a check for her Julian D. King Foundation. Hudson graciously accepted the $3,200 donation, which was a collaborative effort between Steamworks,Progress Bar, Hydrate Nightclub and Halsted Bar & Grill.