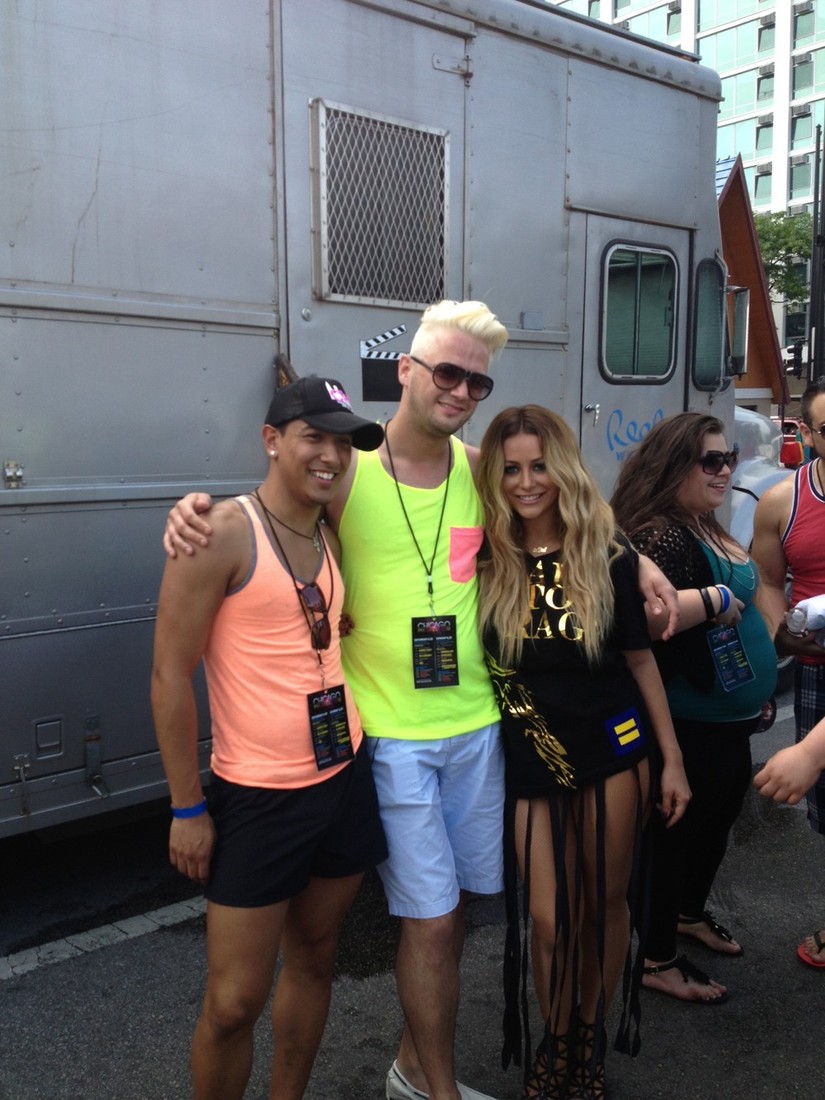 Chicago, IL - Chicago Pride Fest may always seem to draw big names in the music business—like Deborah Cox in 2011, JoJo in 2012 and Aubrey O'Day in 2013—but there's no denying the festival in 2014 is drawing its biggest yet.

Names like Alex Newell, Betty Who, and the Chicago-born A-lister Jennifer Hudson will take the stage in Boystown come June 21-22. That's combined with other entertainers like Mya, Thelma Houston and X-Factor's Carlito Olivero.

So what's changed? How did Pride Fest move from niche bands, throwbacks and cult favorites to up-and-comers like Betty Who, primetime Glee stars like Alex Newell and international headliners like Jennifer Hudson?

He took the lead role in organizing Pride in 2013, the same year it split from the behemoth Chicago Pride Parade to form Pride Week. And Kotwa added the big musical acts this year are a direct result of the split, plus a smart investment in music.

"Given the fact that we were able to move Pride Fest on a separate weekend than the parade to create a two day event, it sparked some interest from our sponsors who wanted to continue to support the festival in larger ways," Kotwa said. "Plus, we figured out last year that there's a huge tourism draw for these festivals, especially when we created Pride Week.

"And, of course, the biggest thing is that we invested in some great entertainment last year," Kotwa continued. "We saw that return with people's willingness to donate money at the gates, which is so crucial to the success."

Headliners in 2013 included Aubrey O'Day of Danity Kane, Dev and Jessica Sutta, among many other performers. But as for Jennifer Hudson, Kotwa says a thousand stars aligned to bring the Oscar-and Grammy-winning artist back to her roots in Boystown.

First, Pride Fest organizers are able to afford Hudson, who refers to performing at North Halsted bars as a teenager as her "training," partially because her new album is due out later this year. Second, as a Chicago native, the singer is drawn to her roots.

"Obviously booking a talent like that is really dependant on a million and ten reasons," Kotwa said. "If they're launching a new CD and a record label is involved, they can offset some of the cost associated with bringing a headliner like Jennifer. She has a new CD coming out, and being a Chicagoan and such a huge fan of the gay community in Illinois, it was almost a no brainer for her to be a part of Pride Fest."

In a recent interview with ChicagoPride.com, Hudson said, "Chicago is home. Obviously, family, and it's all I know. I don't care where I go in the world, there is no place like home. Every time I come home, I get to come home to Chicago."

Kotwa also credited the "tremendous efforts" of Chicago Special Events Management (SEM) and Gehrig Peterson for making Hudson's Pride Fest appearance a reality. Peterson, a veteran music director for SEM, booked a majority of the acts, including Newell and Betty Who. In addition to Pride Fest, Peterson books nearly 450 bands per summer for SEM-produced festivals.

Booking marketable entertainment is just one component of Pride Fest's success. Funding an event this size is another matter. According to Kotwa sponsors can only help so much, and that's why the suggested donation at the Pride Fest gate is important. Want even better headliners in 2015 and better events in Boystown as a whole? A big part of the budget comes from the front gate.

"Those donations go into creating bigger and better festivals, into creating new events like when we launched Winterfest last year," Kotwa explained. "It offsets the cost of the Halloween parade in October, and it pays for the additional security we hire in the summer. It all comes out of donations."

For individuals wanting to help support Chicago Pride Fest with even more, Kotwa shared the organization's GoFund Me page: gofundme.com/chicagopridefest.

Chicago Pride Fest, which is organized by the Northalsted Business Alliance, runs June 21-22 on Halsted Street between Addison and Grace. A $10 donation is recommended. The Chicago Pride Parade is the following Sunday, June 29 at noon.