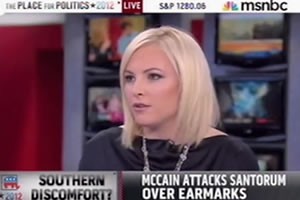 Meghan McCain, the daughter of Arizona Senator John McCain, is among those who on Monday were named to GLAAD's National Board of Directors.

The 29-year-old McCain is a strong advocate for gay rights and a member of the marriage equality group Young Conservatives for the Freedom to Marry, which defies the Republican Party's official position on marriage.

"Equality is no longer a partisan issue," GLAAD President & CEO Sarah Kate Ellis said in a statement. "For years, Meghan McCain has lent her voice and platform to spreading messages of acceptance across party lines. Now, as the American south and our heartland move closer to LGBT equality, it's critical that we continue to build the bridges that unite us in our common ground – whether you're Republican or Democrat, gay or straight."