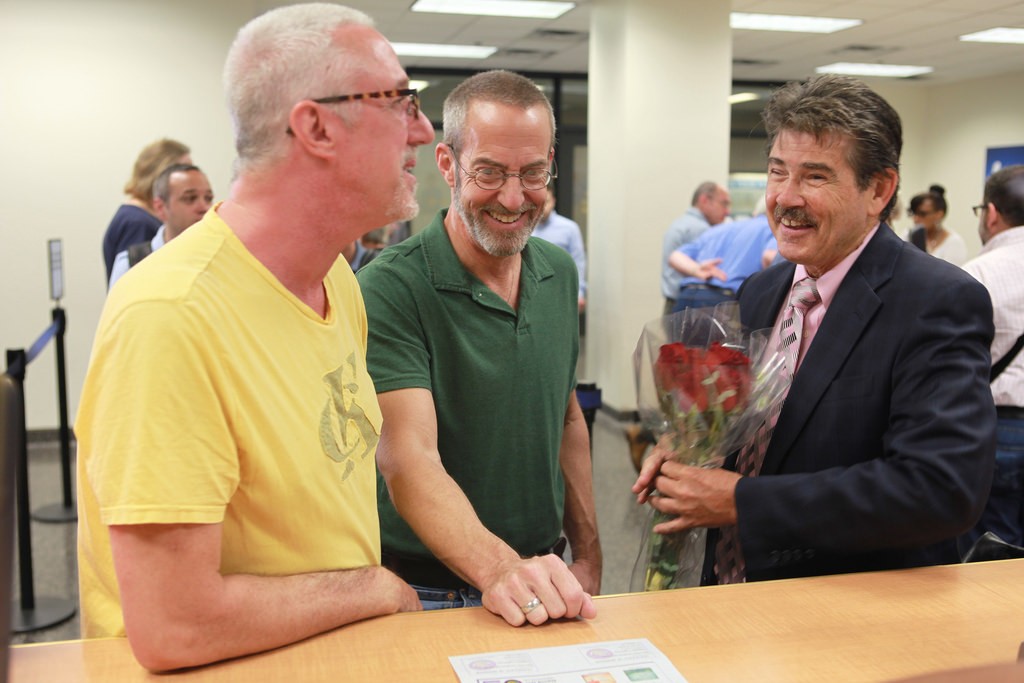 A dozen same-sex couples were in line Monday morning as Orr opened his downtown vital records office on the first day of marriage equality in Illinois.

"This is the day we have been looking forward to all along," Orr said, "when any couple, without regard to who they love or where they live, can get married anywhere in Illinois."

More than 120 couples also took advantage of their first opportunity to convert their civil union to a marriage on Monday.

Darren Grogan and William Brannin, together 23 years, were the first in line at 7:30 a.m. to convert their civil union to a marriage. The Chicago couple received red roses and a complimentary commemorative certificate.

"We're celebrating whether we're first in line or last in line," said Brannin.

Couples who already have a civil union can get a $65 marriage license free of charge, at any of the clerk's offices until May 31, 2015.

Here's what couples need to know about converting their civil union: Converting means the couple's date of marriage will be backdated to their date of civil union; Both partners need to appear in person at a Clerk's office to make this change; You must have your conversion completed in the county where you received your civil union; There is no charge for the marriage license for couples who already had a civil union; Marriage certificates, however, cost $15 for the first copy and $4 for each additional copy; Couples will leave with their new marriage certificate in hand, no ceremony needed.