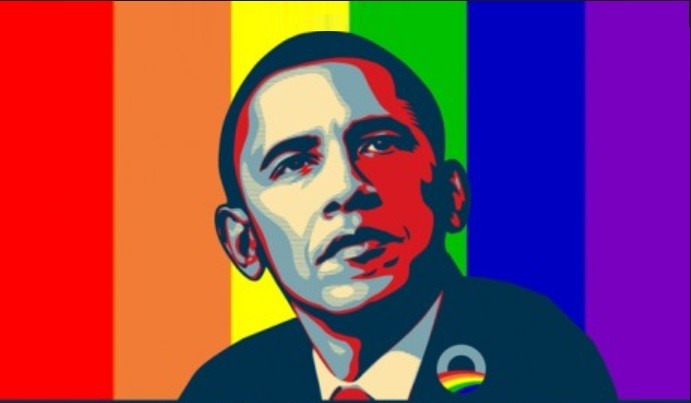 BY THE PRESIDENT OF THE UNITED STATES OF AMERICA

"As progress spreads from State to State, as justice is delivered in the courtroom, and as more of our fellow Americans are treated with dignity and respect -- our Nation becomes not only more accepting, but more equal as well. During Lesbian, Gay, Bisexual, and Transgender (LGBT) Pride Month, we celebrate victories that have affirmed freedom and fairness, and we recommit ourselves to completing the work that remains.

"Last year, supporters of equality celebrated the Supreme Court's decision to strike down a key provision of the Defense of Marriage Act, a ruling which, at long last, gave loving, committed families the respect and legal protections they deserve. In keeping with this decision, my Administration is extending family and spousal benefits -- from immigration benefits to military family benefits -- to legally married same-sex couples.

"My Administration proudly stands alongside all those who fight for LGBT rights. Here at home, we have strengthened laws against violence toward LGBT Americans, taken action to prevent bullying and harassment, and prohibited discrimination in housing and hospitals. Despite this progress, LGBT workers in too many States can be fired just because of their sexual orientation or gender identity; I continue to call on the Congress to correct this injustice by passing the Employment Non-Discrimination Act. And in the years ahead, we will remain dedicated to addressing health disparities within the LGBT community by implementing the Affordable Care Act and the National HIV/AIDS Strategy -- which focuses on improving care while decreasing HIV transmission rates among communities most at risk.

"Our commitment to advancing equality for the LGBT community extends far beyond our borders. In many places around the globe, LGBT people face persecution, arrest, or even state-sponsored execution. This is unacceptable. The United States calls on every nation to join us in defending the universal human rights of our LGBT brothers and sisters. This month, as we mark 45 years since the patrons of the Stonewall Inn defied an unjust policy and awakened a nascent movement, let us honor every brave leader who stood up, sat in, and came out, as well as the allies who supported them along the way. Following their example, let each of us speak for tolerance, justice, and dignity -- because if hearts and minds continue to change over time, laws will too.

"NOW, THEREFORE, I, BARACK OBAMA, President of the United States of America, by virtue of the authority vested in me by the Constitution and the laws of the United States, do hereby proclaim June 2014 as Lesbian, Gay, Bisexual, and Transgender Pride Month. I call upon the people of the United States to eliminate prejudice everywhere it exists, and to celebrate the great diversity of the American people.

"IN WITNESS WHEREOF, I have hereunto set my hand this thirtieth day of May, in the year of our Lord two thousand fourteen, and of the Independence of the United States of America the two hundred and thirty-eighth."