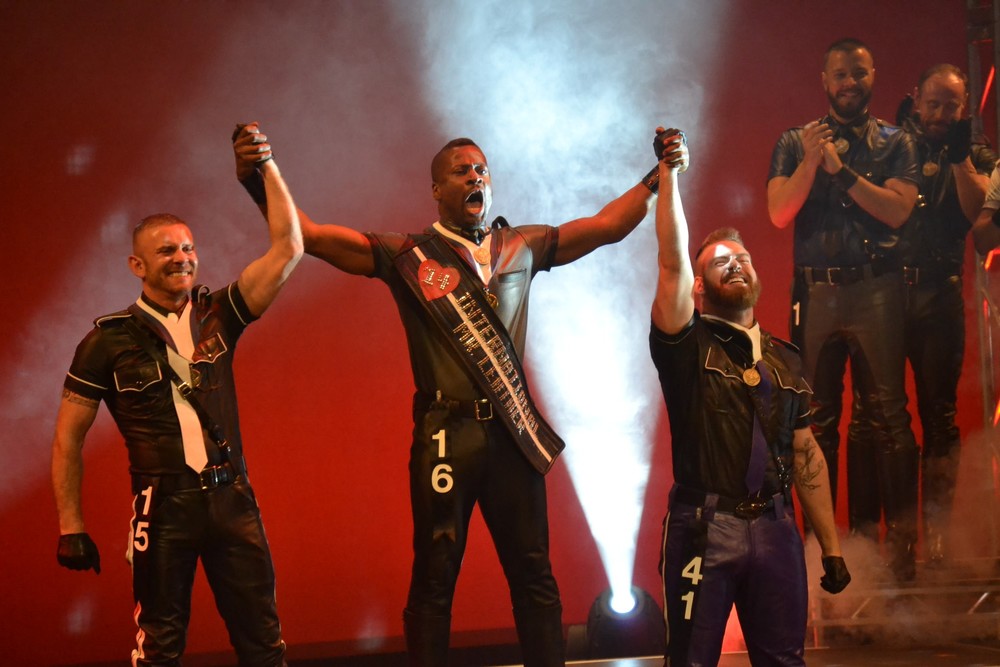 Over 2,000 leather enthusiasts packed The Harris Theatre for the annual competition, which featured a performance by Well-Strung. The leather and harness wearing string quartet brought the audience to their feet.

The night began with a speech from International Mr. Leather founder and producer Chuck Renslow, 74.

"Welcome to IML," said Renslow. "For the last decade, IML has occupied a unique place in history. We are the oldest and largest leather contest in history."

Over the past 36 years, more than 1,700 men have competed for the title of International Mr. Leather. On Sunday, Pierre became the 36 person to claim the coveted leather title.

Hailing from Washington D.C., Pierre bested a field of 46 contestants from 5 countries. Participants were judged on stage presence and personality (Pecs and Personality), leather image, presentation skills, and physical appearance.

Miguel Torres, Mr. Chicago Leather 2014, made it into the top 20 finalists round.

"As an immigrant from Venezuela, I am proud to live the American Dream," Torres said in his speech on Sunday night. "To my family, I say, stay proud, and be who you are. Whether you're a leatherman, a rubberboy, a pup, or a drag queen. So mom, I know you're in the audience today, thank you. Thank you for teaching me to love and be who I am."

The official closing party, The Black and Blue Ball, begins at 8 p.m. Monday, May 26 at Castle Nightclub, 640 N. Dearborn. The party is the IML debut of incomparable Producer/ DJ David Picard from Toronto.