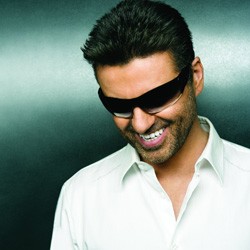 Chicago Concert Scheduled for July 9th at the United Center

Chicago, IL - After performing 80 shows in 12 European countries for a staggering 1.3 million fans over the past year alone, legendary superstar George Michael will be bringing his smash 25 LIVE tour to North American Arenas in the summer of 2008 in support of his new retrospective record. This will be Michael's first North American tour in 17 years. The new record, titled Twenty-Five, will be released April 1st and is a 29-song, 2-CD set featuring several new songs (including duets with superstars Paul McCartney and Mary J. Blige) in addition to many of Michael's iconic songs from both his solo and WHAM! career. In addition, a companion 2-disc DVD of 40 videos will also be made available.

"It was a master class in pop genius." - The Observer

"George proved he is simply one of the best vocalists this country has ever produced. A stunning performance." - The Sun

"Worth waiting for. The show was, in every single meaning of the word, perfect." - De Morgen

"A tremendous singer, a complete showman, all George Michael needs is a mike, his songs, and the magic on stage is instantaneous." - La Parisien

The North American leg of the 25 LIVE tour will incorporate 22 shows over the course of seven weeks and Michael will perform material taken from the entire span of his career, including some classic Wham! tracks. Michael has recently teamed up with iTunes and Ticketmaster to produce an innovative media package which allows fans rare access to Michael's videos, songs, and tickets to one of his North American 25 LIVE concerts. The package goes on sale on iTunes on March 25th. Tickets to the George Michael's 25 LIVE show at the United Center on July 9 will go on sale to the general public on Saturday, April 5th at 11:00am. Reserved tickets are priced at $250.00, $150.00, $95.00 and $65.00 and will be available at The United Center box office and all Ticketmaster Ticket Centers. To Charge-By-Phone call 312-559-1212. To order online visit Ticketmaster.com

George Michael has enjoyed one of the most successful and enduring careers in the history of pop music, selling more than 85 million records globally and encompassing seven US No. 1 singles, two Grammy awards, three American Music Awards, an MTV Video Music Award and two prestigious Ivor Novello awards for songwriting. His record "Faith" has sold over 20 million copies alone. In addition, Michael has garnered 11 British No. 1 singles and seven British No. 1 albums. He recently was declared the most played British artist on radio over the course of the last 20 years. On March 27th, Michael can be seen making his American acting debut on the new hit ABC series, Eli Stone, in which each episode is titled after one of his songs.

For more information about the George Michael, please visit:
www.georgemichael.com