Conference pulls out from Beverly Hills Hotel over anti-gay owner 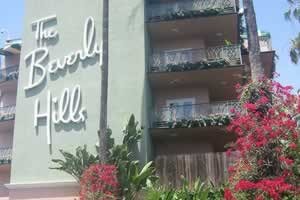 Los Angeles, CA - The recent news that Brunei would stone to death people convicted of gay relations has resulted in the cancellation of a 4-day conference at the Beverly Hills Hotel, which is owned by the Sultan of Brunei Hassanal Bolkiah, who has ruled the oil rich nation since 1967.

According to the Washington Blade, organizers behind the May 1-4 OutGiving conference have canceled plans to hold the event at the Beverly Hills Hotel.

"In light of the horrific anti-gay policy approved by the Government of Brunei, Gill Action made the decision earlier today to relocate its conference from the Beverly Hills Hotel to another property," Kirk Fordham, executive director of Gill Action, which organizes the yearly event, told the paper."We are seeking a return of all deposits."

Brunei's announcement that the law – which also covers offenses such as rape and adultery – will take effect on April 22 was criticized by the United Nations.

"The application of the death penalty for such a broad range of offenses contravenes international law," said Rupert Colville, a spokesman for the Office of the UN High Commissioner for Human Rights.

Two-thirds of Brunei's population practices a conservative form of Islam.

The OutGiving conference targets wealthy individuals whose philanthropic giving leans towards expanding LGBT rights. Attendees are discouraged from speaking publicly about what is discussed during the event.