Westboro getting a taste of Boystown with new Legacy Project installation 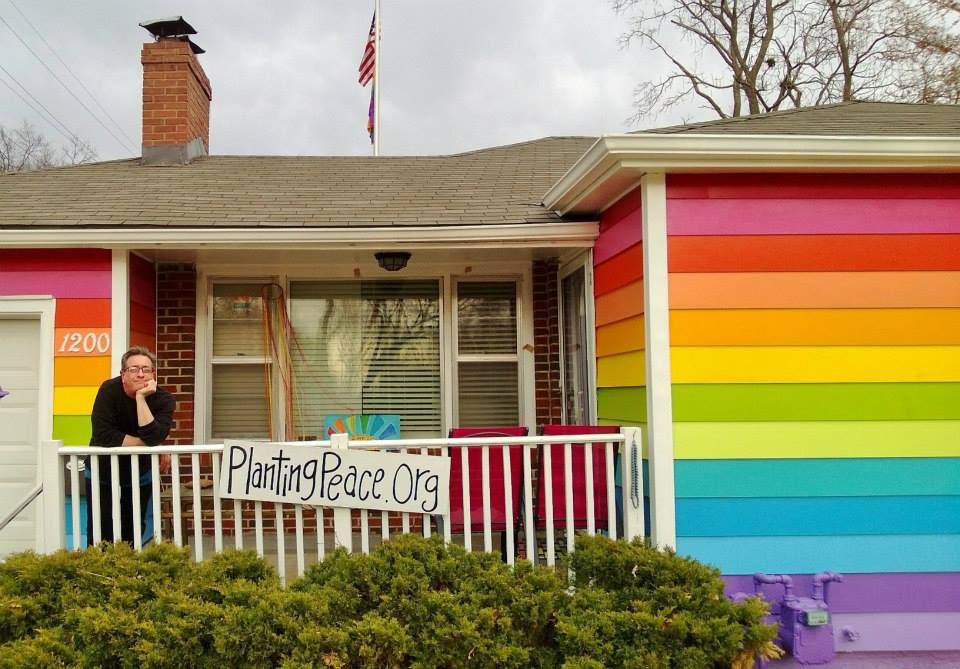 Chicago, IL - The infamous Westboro Baptist Church will soon get a little slice of love from Boystown as Chicago's Legacy Project officially unveils its first-ever satellite installation at Equality House in Topeka, Kansas.

Conveniently located directly across the street from Westboro's headquarters, the rainbow-colored Equality House serves as a symbol of peace and positive change for the LGBT community. Now Chicago activists are getting involved and installing a new memorial, mirroring The Legacy Walk that lines North Halsted Street in Boystown.

The official installation will be unveiled during a two-hour reception at Equality House on April 12, followed by an anti-bullying march to the Kansas State Capital. The planned series of events, in conjunction with GLSEN's National Day of Silence on April 11, is meant to protest the bullying and harassment faced by the LGBT community.

"We're very proud and excited to be part of this important occasion," said Victor Salvo, Co-Founder and Executive Director of the Legacy Project. "This ground-breaking initiative in America's heartland is a natural extension of our continuing mission to redress the redaction of LGBT figures and events from history, which is central to the Legacy Project's comprehensive strategy to challenge the ignorance which fuels anti-gay bullying."

Legacy Project officials unveiled The Legacy Walk in Chicago in October of 2012 where hundreds gathered to celebrate the installation of 18 plaques adorned with famous faces in the LGBT equal rights movement line the streets of Boystown. Five more plaques were added a year later.

Salvo says the partnership with Equality house began in the spring of 2013 when the Legacy Project honored Aaron Jackson for his work in creating the iconic fixture across from the Westboro Baptist Church, a group world-renowned for its anti-LGBT stance and signature "God Hates Fags" signs. After nearly a year of planning, the Legacy Project is excited to bring its first permanent display outside of Chicago to Kansas.

"Most people learn about people like themselves all the time," said Salvo. "But the selective editing done to the lives of LGBT historic figures forces LGBT youth to grow up without any historically significant role models – leaving them unaware of the contributions people just like them have been making for centuries, unable to see that they are among the newest generation of a long line of gifted people who have made a difference in the world we all share."

"That is why the Legacy Project is urgently committed to making sure our kids know that people like them matter – and have always mattered – even if nobody has ever bothered to tell them. The significance and symbolism of bringing that message to the doorstep of the Westboro Baptist Church – of all places – should be lost on no one."