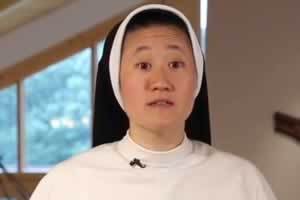 Charlotte, NC - Officials at Charlotte Catholic High School in North Carolina are under fire over a Catholic nun's remarks to students.

"The statement she basically made was that homosexuality was something developed from lack of masculinity or a lack of father figures in one's life," a student told WSOC-TV.

Sixty-four students and eighty-six alumni signed on to a letter criticizing Laurel's remarks and asking for an apology from the school, Q Notes reported.

Some parents said they were upset that they were not notified about the assembly. A spokesman for the diocese told WSOC-TV that church leaders apologized to parents Wednesday night about the "misunderstanding," saying they believed the nun was there to discuss gender.