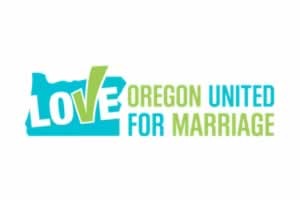 Portland, Oregon - Sponsors of an initiative campaign to repeal Oregon's ban on gay marriage filed a brief Tuesday calling on a federal court to spare voters the costly campaign.

In its filing, Oregon United for Marriage told U.S. District Judge Michael McShane that it would abandon its campaign if he strikes down the ban by May 23.

"The Court has the power to spare Oregonians the anxiety, conflict, uncertainty and cost of an election on marriage equality," the brief states. "The federal courts have long been the guardians of civil rights in this country, and this case is no exception. The Court can grant marriage equality sooner than Oregonians can achieve it through the Initiative."

Mike Marshall, campaign manager for Oregon United for Marriage, said his group would "prefer a quick resolution of the court case, and, if possible, to avoid an expensive marriage campaign."

The campaign claims to have collected nearly 45,000 more signatures than needed to qualify its initiative for the November ballot.

Oral arguments in the case are set for April 23.