Michigan: $40K for anti-equality experts whose testimony was deemed 'unbelievable' 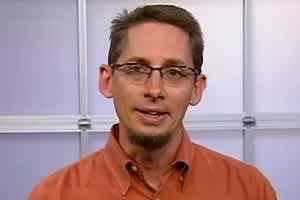 The state of Michigan spent $40,000 on witnesses in a recent gay marriage trial whose expert testimony was largely dismissed.

According to the AP, Joy Yearout, spokeswoman for the Michigan attorney general's office, said that more bills are expected.

Among those testifying for the state during a 2-week trial in Detroit was Canadian economist Douglas Allen, who claimed that based on Canadian Census data he concluded that children raised by gay parents are less likely to graduate compared with children raised by married heterosexual couples.

Under cross-examination, attorney Ken Mogill asked: "Is it accurate that you believe the consequence of engaging in homosexual acts is a separation from God and eternal damnation? In other words, they're going to hell?"

The state's star witness was Mark Regnerus, an associate professor of sociology at the University of Texas at Austin, who testified for more than three hours.

Regnerus is the lead author of a widely criticized 2012 study which concluded that children are negatively affected by having gay parents. The study was funded by the socially conservative New Jersey-based Witherspoon Institute.

Friedman found neither the study nor its author to be credible.

"The Court finds Regnerus's testimony entirely unbelievable and not worthy of serious consideration," Friedman wrote in his 31-page ruling.