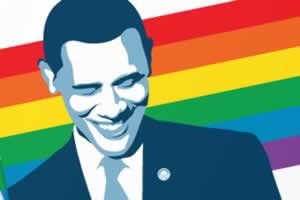 "Today, we are clarifying that, starting next year, if an insurance company offers coverage to opposite-sex spouses, it cannot choose to deny that coverage to same-sex spouses," the government said in a post published on the Department of Health and Human Services' health care blog.

"In other words, insurance companies will not be permitted to discriminate against married same-sex couples when offering coverage. This will further enhance access to health care for all Americans including those with same-sex spouses."

Katie Keith, director of research at the Trimpa Group, which consults on LGBT issues, called the guidance "a big deal."

"If you identify as married, it's hard to stomach that you can't get family coverage," she told The Washington Post.

Last month, an Ohio couple who married in New York filed a federal lawsuit asking a judge to force Ohio to recognize their marriage so that they may enroll as a family under the Affordable Care Act (ACA).