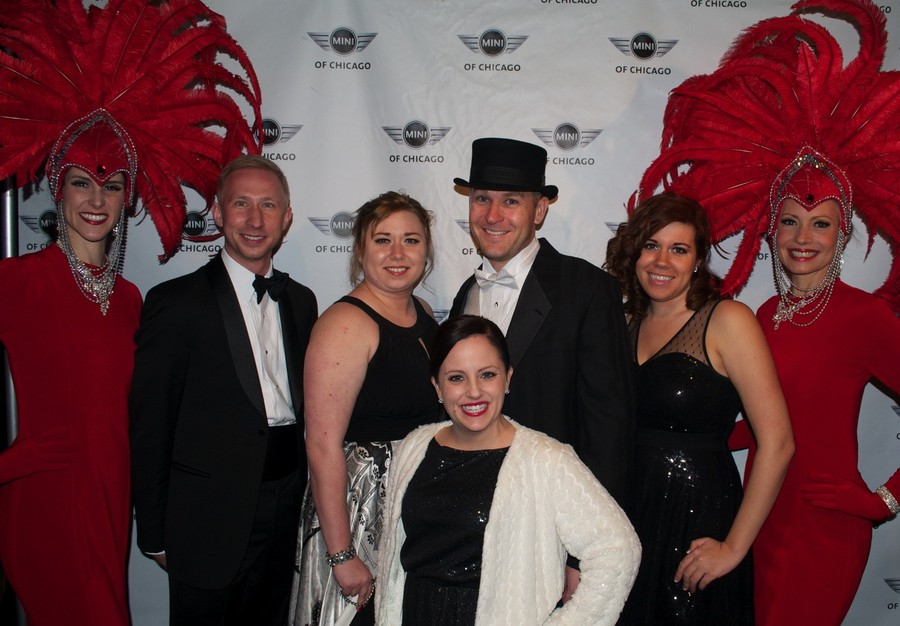 photo credit // tom elliott
view the full gallery
Chicago, IL - Center on Halsted rolled out the red carpet for its annual On the Red Carpet Oscars viewing party on March 2. Organizers told ChicagoPride.com it is one of our most successful to date.

Chicago's Park West Theater hosted the sold out event with more than 400 community members in attendance. Center on Halsted raised more than $65,000, which will help support programs designed to advance community and secure the health and well being for members of the LGBT community.

The evening included cocktail service, a buffet of heavy hor'doruves, and a host of exclusive silent auction gifts. There wasn't a bad seat in the house as the program was streamed on three large screens.

Peter Johnson, Director of Public Relations for Center on Halsted, told ChicagoPride.com that the party was great excuse to get dressed up and experience the Academy Awards as if you were there in person.

Next up for the Center on Halsted is their annual Human First Gala on March 29. According to Johnson, this year's event with feature a performance by classical crossover tenor and America's Got Talent finalist Branden James. Members of the Civic Orchestra of Chicago will also perform with music by the band SHOUT OUT! to follow.

For more information or to purchase tickets visit CenteronHalsted.org.