Cher to Headline The Colosseum at Caesars Palace 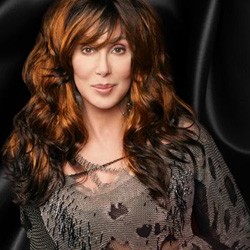 Las Vegas, NV - Legendary performer and gay icon Cher returns from retirement to headline a show at the 4,300-seat Colosseum in Caesars Palace, taking over for Celine Dion.

Today's announcement confirmed a long-lived rumor that she will headline in Las Vegas.

The "impressive spectacle", designed exclusively for the venue, will feature hits from the artist's career that has spanned more than 40 years.

"I started in Vegas at Caesars, so I have come full circle," Cher said. "I'm back and I plan to give my fans the best experience yet. I think everybody knows I only do things in a big way."

Tickets for Cher go on sale today. The 90-minute show will be presented at 7:30 p.m. four nights a week on Tuesday, Wednesday, Saturday and Sunday (dark Monday, Thursday and Friday). Tickets for performances from May 6 through August 31 are on sale now and can be purchased by calling 1-866-510-CHER (2437) or online at http://www.ticketmaster.com/, keyword "Cher". Tickets may also be purchased in person at The Colosseum at Caesars Palace Box Office open daily from 10 a.m. to 10 p.m. For groups of 20 or more, call 702-731-7208.