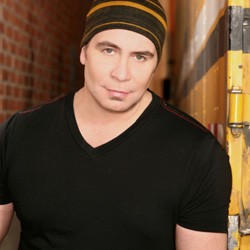 Atlantis is the largest gay and lesbian tour operator in the world, hosting 20,000 guests annually on all-gay cruises and resorts. Manny Lehman is the musical chameleon whose abundant innate gifts, coupled with a renowned stamina, have helped him fashion one of the most prolific and enduring careers on the global party circuit. The one thing both know how to do is offer an unforgettable experience. Now Silver Label, America's #1 Dance label, unites the two powerhouses - allowing fans to bring the adventure home - with the first in a series of new Atlantis branded music albums, MOVE: Atlantis Dance 2008, in stores everywhere March 4, 2008.

The idea for the Atlantis branded music series originated with Silver Label head, Victor Lee. "Atlantis is the number one gay travel company in the world. We are the number one dance music label. It seemed a natural and perfect partnership," explained Mr. Lee at last week's announcement in New York City.

Oscar Yuan, Vice President of Marketing for Atlantis Events, agreed. "Music sets the tone for so much of an Atlantis cruise. This series of new albums invites our guests to bring some of the adventures they experience onboard home with them."

Manny Lehman was the obvious choice to produce and mix the first Atlantis Branded album, continued Lee. "Not only is Manny a Silver Label artist and one of the main DJs on the Atlantis Cruises, he is one of the top gay DJs in the USA."

Manny Lehman has left an indelible mark on the dance music genre beginning with his first stint developing new talent as an executive at A&M Records, where he discovered powerhouse diva CeCe Peniston. He executive produced her first single, "Finally," which went on to become one of the definitive club anthems of the early 90s.

Lehman's chart-topping remixes of Janet Jackson's "Come On Get Up," Cher's "When the Money's Gone," Sara Brightman's "Harem," and Brokeback Mountain's "Wings" have solidified his status as a hotshot remix specialist.

As a DJ, he has headlined every major event on the gay party circuit -- twice, often more. The ultimate globetrotter, Lehman regularly spins exotic locales such as Tel Aviv, London, Sao Paulo, and Japan. From parties at 10,000-foot snow-covered peaks requiring helicopter transport to beach parties in Thailand, stadiums of 30,000 people, and even SONY Picture's Opening Night for the Cannes Film Festival…Manny has done it all.

MOVE: Atlantis Dance 2008 marks a departure from Lehman's trademark sound of aggressive vocals, pulsating drums and hard tribal beats. "The album leans a bit more European than what my fans might be used to," explains Lehman. "We consciously tried to appeal to a wider audience due to the diversity of the Atlantis clientele."

Still, there is no shortage of diva power. Kristine W, Ultra Nate, and Inaya Day are all prominently featured, along with Manny Lehman's un-released version of Taylor Dayne's "I'm Not Featuring You".

"I'm really excited to be a part of this project," continues Lehman. "Atlantis has taken over where the circuit parties left off. Atlantis offers a unique experience where guests can create their own universe for a week, enjoy different cultures and create new circles of friends in a positive fun environment, then go dance their ass off in the middle of the ocean!"