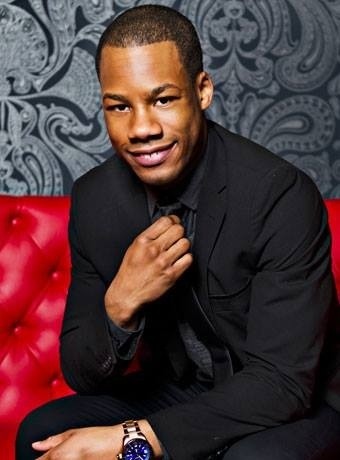 When I clicked on the Thought Catalog's January 17 article titled "I'm Not Racist, I'm Just Not Attracted to Black Men" by an anonymous author, probably similar to other fellow black, gay men my initial thoughts were "Ah shit here we go again... " I'm not quite sure when the declarative, "I'm not racist," fill in insulting, tired argument became the ultimate, uniformed vernacular defense of the weary to prove that their not racist. However, simply put it's terrible. It never ever disproves that someone is actually not a racist. And in most cases perpetuates stupidity. So, to title an article about race and sexuality as, "I'm Not Racist, I'm Just Not Attracted to Black Men" is off putting, and I still haven't even made it past the title.

Mr. Anonymous introduces himself to readers with his Grindr profile admitting that, "I'm one of those Grindr profiles you click that says "white for white only." He seems to be confused as to why he receives numerous messages from members saying that his personal preference is racist and that he's misguided. I'm not saying the author is a racist but his very direct and descriptive Grindr profile of "white for white only" does share a similar sentiment of a historical racist piece of legislation – Jim Crow Laws. Only instead of slapping "whites only" on water fountains and schools, it's being slapped on Grindr profiles. Although I don't think people should turn to Grindr to lead the masses in being P.C., it's probably not the best practice to share the same wordplay and engagement as the Jim Crow Laws, just saying.

Too add insult to injury, the author goes on to say he's not racist because he has a lot of gay black friends. If I had a nickel for every time I heard this argument, I'd buy Mr. Anonymous a clue and even throw in some common sense for good measure. And I thought the days of black people being commodities were over. As if that wasn't enough, when one of his "gay, black friends", who is only into white guys as well, opens up to him about being hurt and feeling undesirable when he sees "whites only" in a member's Grindr profile, the author advises him that he should put "only into white guys" in his profile. Wow. I've heard better advice from the depressed. Not only is this horrific advice at best, but it promotes his friend's self-hatred. Even worst, his friend already tried it. Thus proving, there needs to be a resurgence of the Black is Beautiful campaign, but that's a different story; back to the author.

The author then goes on a self-indulgent, arrogant rampage of how he's enjoying his huge package of white privilege. While I do give the writer credit for at least recognizing that white privilege does exist, his point gets lost in his narcissistic deliverance. The writer does potentially touch on some truths concerning race and sexuality. The standard of mainstream beauty in the gay community is still very much a tall, muscular cookie cut out white guy. And to his "gay, black friend's" point, those who deviate from that standard could be inclined to feel bad about themselves. But it comes down to self-esteem and maintaining one that is independent of your looks, your job, your money, your apartment or anything else that can be taken away from you, which does include Grindr messages.

I don't think having a racial preference automatically makes someone a racist. However, I do challenge those with racial preferences to think past mere sexual attraction and delve further into why they have that preference. Whether it's upbringing, social reasons, unconscious or conscious stereotypes, or you're just trying to avoid a guess who's coming to dinner situation, just dig a little. Racial preferences aren't fully an automatic biological development. There's a social influence. I also don't necessarily think that the author is a racist. I don't know him, and to come to such a conclusion after only a few paragraphs would be jumping the gun. His racial preference didn't bother me. It was his poor execution of his thoughts and ideas around his racial preference and then there's that puzzling McDonald's BBQ sauce comparison. It would have served the author better, readers, and his black, gay friend to get off his own dick and take a more thoughtful approach to the subject of race and sexuality.

Terrence surfaced on Chicago's media scene as UR Chicago Magazine Online's fashion editor where he implemented the magazine's premiere fashion photo shoots with local talent. Since then, he has worked and contributed to such luxury titles such as Michigan Ave. Magazine, CS Magazine, and The Men's Book. Currently, Terrence serves as the editor-at-large for ChicagoPride.com, the city's largest LGBT entertainment and news website where he writes Chappell Confidential, a nightlife and society column as well as Chappell on Community, the site's newest editorial monthly series that profiles the LGBT community's most innovative leaders. In addition to founding Professional Young Gays Inc. Terrence is also active with other charities around the city.