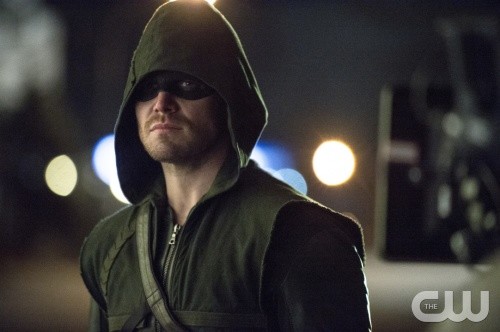 stephen amell as the arrow

"For everyone asking, we're taking a mini hiatus so people can grit their teeth and suffer through an Olympic games marred by homophobia and mediocre levels of public interest," Amell wrote on Facebook in response to questions about Arrow's return. "Back February 26th."

Amell, of course, is referring to Russia's controversial law which prohibits the promotion of "gay propaganda" to minors which has overshadowed much of the run-up to Friday's opening ceremonies.

The 32-year-old Canadian-born Amell has previously shown support for marriage equality, saying in a previous post that "marriage should be available to everybody. Some of the most loving, powerful relationships I've witnessed have been same-sex couples. ... Equal rights for all."