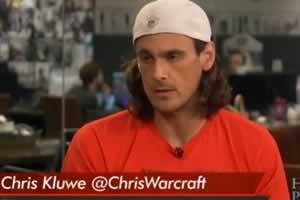 The lawyer for former Minnesota Vikings punter Chris Kluwe has named the witnesses who can back up anti-gay claims against Mike Priefer.

Kluwe wrote in a scathing op-ed published earlier this month that he was fired from the team by special-teams coordinator Priefer, whom he called a "bigot," and two "cowards": then-head coach Leslie Frazier and general manager Rick Spielman.