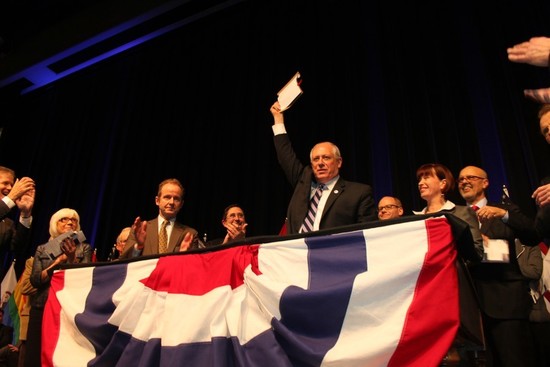 "Having lost the war, opponents to the freedom to marry now want to refight the battles and turn back the march of history and the progress of the state of Illinois," said Equality Illinois CEO Bernard Cherkasov.

Another measure submitted by state Rep. Josh Harms (R-Watseka) wants to expand on the exemptions already included in the new marriage law that protect religious institutions and members of the clergy from being forced to perform or recognize same-sex marriages.

"While we do not expect either measure to gain any traction in the legislature, these bills demonstrate that marriage opponents are not giving up and they're not closing up shop in Illinois," Cherkasov added. "And we will not allow candidates to use the LGBT community and our allies as punching bags in an election year."

Both conservative lawmakers are up for re-election this year.