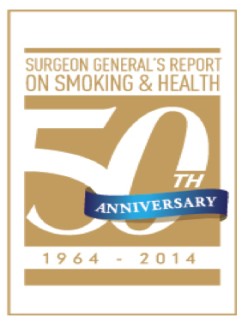 Ft. Lauderdale, FL - Today the Surgeon General's Health Consequence of Smoking: 50 Years of Progress report shows the impact of tobacco is even larger than previously known on health. In conjunction with this release CenterLink's Network for LGBT Health Equity has released information about 50 years of impact of smoking on the lesbian, gay, bisexual, and transgender communities.

With the advent of data from the National Adult Tobacco Survey, the Network for LGBT Health Equity has been able to model the estimated money the U.S. LGBT communities spend on cigarettes every year. After factoring in LGBT prevalence and smoking rates, the Network reports the LGBT communities spent $7.9 million dollars per year on their top health burden, smoking. This is 65 times as much money as the Funders for LGBTQ Issues report all foundations spend on LGBT funding.

"It's a brutal truth" says the Network's Director, Dr. Scout, "We're spending more on something that kills us than everyone else is spending to help us." LGBT smoking disparities have been documented with a series of studies over several decades, but the 2012 National Adult Tobacco Survey marked the first time a national surveillance instrument reported LGBT smoking prevalence. In that survey, 32.8% of LGBT respondents smoked, versus 19.5% of others. "LGBT people smoke at rates that are 68% higher than the general population," notes Dr. Scout, "and the 50 years of Surgeon General's reports just show us how effectively lethal tobacco is."

"The LGBT communities have an excellent health infrastructure, but when you ask our leaders about our top health issues, smoking is rarely even in the list. It really is time for smoking to come out of The Closet as the top issue health issue affecting LGBT people today" says Dr. Scout. This 50th Anniversary Surgeon General's Report is only the 3rd of 32 to mention LGB and/or T disparities, but work across the government and states shows increasing focus on LGBT tobacco disparities over recent years. The largest national tobacco foundation, American Legacy Foundation, has included LGBT people in their funding for priority populations for many years. Last year the FDA made a considerable award to Rescue Social Change to develop marketing materials aimed at LGBT youth. CDC has funded an LGBT tobacco disparity network for over a decade, recently expanding the focus of the network to include cancer as well.

"LGBT people, people of color, the poor; tobacco preys on stigma and too often we pay with our lives." says Dr. Phoenix Matthews, a tobacco researcher at University of Illinois at Chicago and Network member. "I hope this number shocks people enough so we start building tobacco control into all of our communities' health programs."

Today's release of the Surgeon General's 50th anniversary report on smoking notably expands the scope of diseases with a direct link to smoking. Whereas people usually associate only lung cancer with smoking, the Surgeon General reports 1 in 3 cancer deaths is caused by smoking. Since the first report was published more than 20 million Americans have died from smoking, 2.5 million of them nonsmokers exposed to secondhand smoke, including 100,000 babies. If current smoking rates continue, 5.6 million youth living today will die prematurely from smoking-related disease. But there are proven tobacco control strategies which are underutilized. The report issues a call to action to use these strategies comprehensively and refocus on end-game goals for the epidemic.

"It's time for the tobacco communities to include LGBT in everything they do, and it's time for the LGBT communities to include tobacco in everything we do as well," says Dr. Francisco Buchting, a LGBT funder and past Network Steering Committee President. "The great news about smoking" says Dr. Scout, "is there's a cure. Enough is enough, it's time to take strong measures to free the next generation of LGBT youth from this legacy."

The Health Consequences of Smoking—50 Years of Progress: A Report of the Surgeon General

This is the 32nd tobacco-related Surgeon General's report issued since 1964. It highlights 50 years of progress in tobacco control and prevention, presents new data on the health consequences of smoking, and discusses opportunities that can potentially end the smoking epidemic in the United States. Scientific evidence contained in this report supports the following facts:

The century-long epidemic of cigarette smoking has caused an enormous, avoidable public health catastrophe in the United States.

-Since the first Surgeon General's report on smoking and health was published 50 years ago, more than 20 million Americans have died because of smoking.

-If current rates continue, 5.6 million Americans younger than 18 years of age who are alive today are projected to die prematurely from smoking-related disease.

-Most of the 20 million smoking-related deaths since 1964 have been adults with a history of smoking; however, 2.5 million of those deaths have been among nonsmokers who died from diseases caused by exposure to secondhand smoke.

-The tobacco epidemic was initiated and has been sustained by the tobacco industry, which deliberately misled the public about the risks of smoking cigarettes.

Despite significant progress since the first Surgeon General's report, issued 50 years ago, smoking remains the single largest cause of preventable disease and death in the United States.

-Smoking rates among adults and teens are less than half what they were in 1964; however, 42 million American adults and about 3 million middle and high school students continue to smoke.

-Nearly half a million Americans die prematurely from smoking each year.

-More than 16 million Americans suffer from a disease caused by smoking.

-On average, compared to people who have never smoked, smokers suffer more health problems and disability due to their smoking and ultimately lose more than a decade of life.

-The estimated economic costs attributable to smoking and exposure to tobacco smoke continue to increase and now approach $300 billion annually, with direct medical costs of at least $130 billion and productivity losses of more than $150 billion a year.

The scientific evidence is incontrovertible: inhaling tobacco smoke, particularly from cigarettes, is deadly. Since the first Surgeon General's Report in 1964, evidence has linked smoking to diseases of nearly all organs of the body.

-One out of three cancer deaths is caused by smoking.

-This report concludes that smoking causes colorectal and liver cancer and increases the failure rate of treatment for all cancers.

-Secondhand smoke exposure is now known to cause strokes in nonsmokers.

Smokers today have a greater risk of developing lung cancer than did smokers in 1964.

-Even though today's smokers smoke fewer cigarettes than those 50 years ago, they are at higher risk of developing lung cancer.

-Changes in the design and composition of cigarettes since the 1950s have increased the risk of adenocarcinoma of the lung, the most common type of lung cancer.

-At least 70 of the chemicals in cigarette smoke are known carcinogens. Levels of some of these chemicals have increased as manufacturing processes have changed.

For the first time, women are as likely to die as men from many diseases caused by smoking.

-Women's disease risks from smoking have risen sharply over the last 50 years and are now equal to men's for lung cancer, COPD, and cardiovascular diseases. The number of women dying from COPD now exceeds the number of men.

Proven tobacco control strategies and programs, in combination with enhanced strategies to rapidly eliminate the use of cigarettes and other combustible, or burned, tobacco products, will help us achieve a society free of tobacco-related death and disease.

-Death and disease from tobacco use in the United States is overwhelmingly caused by cigarettes and other burned tobacco products. Rapid elimination of their use will dramatically reduce this public health burden.

New "end-game" strategies have been proposed with the goal of eliminating tobacco smoking. Some of these strategies may prove useful for the United States, particularly reduction of the nicotine yield of tobacco products to non-addictive levels.