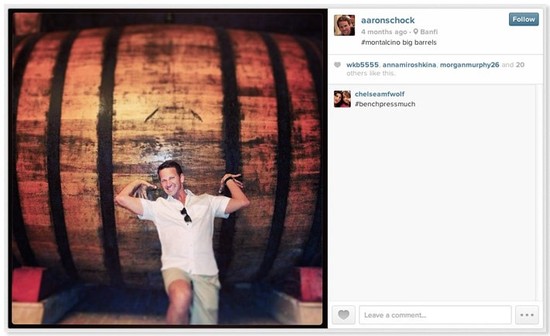 Illinois Republican congressman Aaron Schock has locked down his Instagram account following speculation that he is gay.

Schock, who has previously stated that he is not gay, Sunday locked down his Instagram account, which used to be public, after John Aravosis at AmericaBlog.com posted a piece headlined: "The 7 gayest Aaron Schock Instagram posts of 2013."

Rumors that the hunky 32-year old lawmaker, who once posed for the cover of Men's Health magazine, is gay are not new, but the latest speculation was further fueled Friday when former CBS reporter Itay Hod posted a lengthy Facebook status that implied Schock is gay.

"We've been so effective at convincing everyone that outing people is a crime against humanity, that we've made it impossible for any network or news organization to talk about this 'hypothetical' gay republican congressman and his hypocritical vote against gay rights," Hod wrote.

Hod's post, which never directly named Schock, ended with a link to the AmericaBlog.com piece and Instagram photos. The stories have gone viral on social media.

Later in a tweet, Hod added: "I've decided we should help this guy come out of The Closet. How about a good hashtag...#hasaaronschockcomeoutyet?"