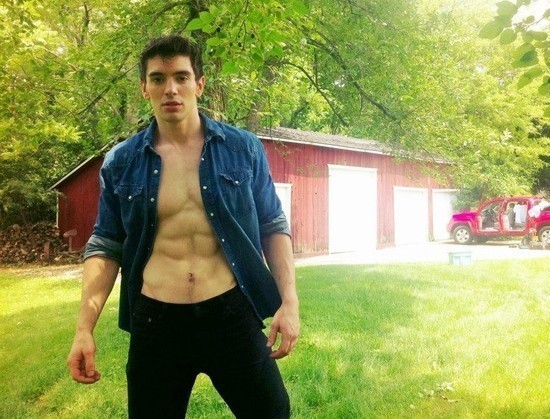 Daley, 19, ended rumors about his sexuality in a video released earlier this month in which he announced that he's dating a man. Daley's boyfriend is rumored to be Milk scribe Dustin Lance Black.

"Come spring this year, my life changed massively when I met someone and it made me feel so happy, so safe and everything just feels great," Daley said in the 5-minute video. "And that someone is a guy."

Steve Grand released a video for his track All-American Boy in July. The video immediately went viral on YouTube, turning Grand into an overnight sensation.

Elaborately choreographed marriage proposals also attracted lots of attention in 2013. The star of a staging of Joseph and the Amazing Technicolor Dreamcoat enlisted the help of cast members to help him propose marriage to his boyfriend. Others included proposals in the lumber aisle of a Salt Lake City Home Depot and the upper deck of New York City's Frying Pan.