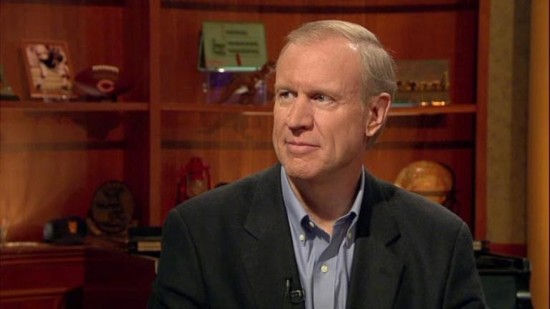 photo credit // wttw.com
Republican gubernatorial candidate Bruce Rauner said that he would have vetoed Illinois same-sex marriage legislation if he were governor.

In a recording posted Dec. 19 on the Capitol Fax website from a Nov. 5 Tea Party gathering in Quincy, Rauner is asked if he would have supported gay marriage.

Rauner is one of four Republicans vying for the primary nomination. State Senators Bill Brady and Kirk Dillard as well as Illinois Treasurer Dan Rutherford are also running.

The wealthy Republican investor has reportedly spent over $1 million of his own money to win the race — outspending all of his GOP opponents combined. Rauner currently leads the GOP pack in a November poll by public policy polling.