How do I get an upgrade, and other marriage questions 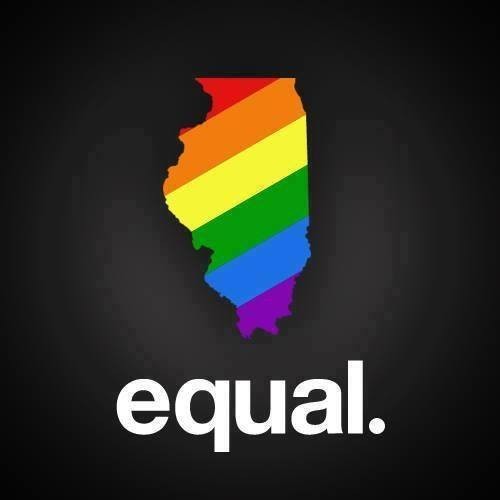 Now that same-sex marriage is well on its way to being reality in Illinois, likely starting next June, LGBTs can look to a number of organizations for help should they begin to start planning for marriage.

You can contact ACLU Illinois at 312-201-9740 or Lambda Legal at 312-663-4413 for help about the state law. Additionally, Equality Illinois has published a booklet, "Marriage Rights in Illinois," that goes over numerous key questions. It can be found online at www.eqil.org.

Here are a few key questions and answers, culled from information provided by advocacy organizations. Many logistics of the same-sex marriage law are still being worked out, so the following should not be construed as legal advice; please consult with your legal advisors, accountants or advocacy organizations to see how the law might apply under specific circumstances.

When will marriages begin? Marriages can begin June 1, 2014.

Who can get married? A couple is eligible to marry if they are 1) age 18 or over; 2) not already legally married to someone else or each other; 3) not closely related; and 4) legally competent to enter into a civil contract.

Will civil unions still exist when same-sex marriages begin in Illinois? Yes. Couples will still be able to obtain a civil union should they wish for that instead of a marriage.

If I am already in a civil union in Illinois, how do I "upgrade"? Couples in civil unions can either marry through regular channels—obtaining a marriage license and having a marriage ceremony performed—or, during the first year after marriages begin, they can simply apply for a marriage certificate from their county clerk's office that will mark the date of their civil union as the date of their marriage. There is no fee for the marriage license for couples already in a civil union. Civil unions entered into outside of Illinois can also be upgraded in the same manner.

Will other states recognize Illinois marriages? As long as the state recognizes same-sex marriages, yes.

What happens if we must divorce? You will follow the same procedures set up for opposite-sex couples. Note, though, that some procedures concerning child support and custody may differ, depending on your circumstances.

Article written by Matt Simonette for Windy City Times and is reprinted with permission. See this week's print edition of Windy City Times for a full wrap-up of the marriage vote, including a breakdown of all state representatives voting on Senate Bill 10.