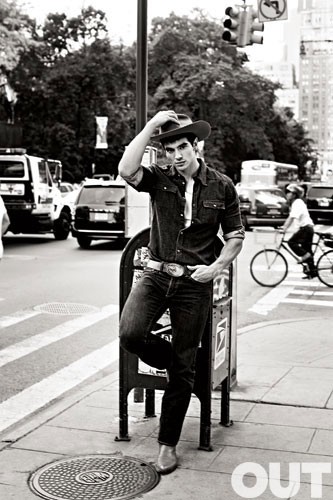 "This has been my dream," Grand said in the Out profile. "It makes me feel really good that something I created has inspired others, or made them feel a little less alone in the world."

Grand's gay-themed "All-American Boy" became an instant YouTube hit when it was released on July 2, topping out at 1 million views just 8 days after its release, turning Grand into an overnight Internet celebrity. His follow up single, "Stay", has also been well received.

The gay lifestyle magazine began slowly unwrapping its annual 'Out 100' list on Tuesday.