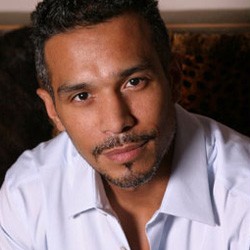 Chicago, IL - Walk like an Egyptian to the next NITRO themed-event at Circuit Night Club as Nightlife Unlimited presents Valley of the Kings (and Queens), Saturday, September 29, 2007.

NITRO, the popular monthly event from Nightlife Unlimited, delivers an explosive entertainment experience and this September celebrates the exciting world of ancient Egypt and the golden age of the Pharaohs.

The sizeable Circuit Night Club will be transformed into the Land of the Nile complete with Cleopatra, marvelous treasures of the tomb and mummies returning from the afterlife. Concept decor by VisuWil.

Old-school freestylin' DJ Tony Moran headlines the high-caliber event. Though familiar with Chicago's nightlife, this is Moran's first time ever at this venue and the 2 time Grammy-Award nominee is ready to turn out Halsted's largest dance floor.

The event will be broadcast live on FusionRadioChicago.com starting at 11pm featuring resident DJ Hugo.

Follow the River Nile to Universal Gear, Beatnix, Borderline Music (both locations) and Mephisto Leathers to purchase advance tickets. Admission is $20, advance tickets and members are $10.

NITRO takes place at Circuit Night Club the last Saturday of every month at 10pm and always features the hottest DJs and entertainment. Circuit is located at 3641 N. Halsted. For more information visit www.n2-nitro.com.

About Circuit Night Club - March of '07 marked the 10th anniversary of Circuit Night Club, the largest dance club in Boystown. Circuit is committed to the GLBT community and fosters a diverse and inclusive atmosphere where all people, regardless of orientation, feel welcome. Circuit was named #1 by the voters of AOL CityGuide's CITY'S BEST 2006 and 2007 program.