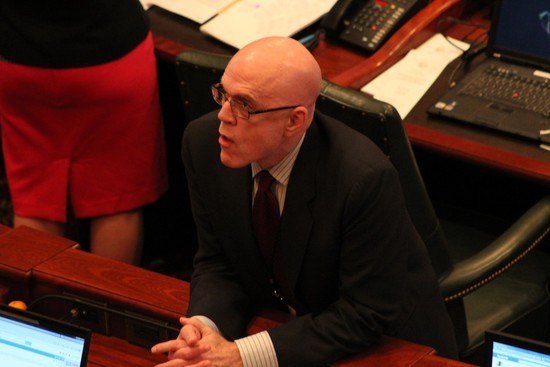 The Illinois Senate approved a bill that seeks to make Illinois the 14th state to legalize gay nuptials on Valentine's Day and Governor Pat Quinn has pledged his signature. Supporters, however, were dumbfounded in May when Rep. Greg Harris, the measure's champion in the House, decided against seeking a roll call on the bill, promising he would during the fall session.

The decision divided gay activists, with some saying that win or lose a vote was needed to identify and react accordingly to supporters and opponents.

But as the session nears, passage this year appears increasingly unlikely.

Harris has not disclosed how many, if any, additional votes he has secured over the summer.

On Monday, the Chicago Sun-Times quoted Rick Garcia, policy director of The Civil Rights Agenda, as saying that passage remains elusive, and that the political calendar might make the issue a non-starter during the upcoming session.

"That's what the holdup is," Garcia told the paper.

Bob Gilligan, executive director of the Catholic Conference of Illinois, which opposes Harris' legislation, added: "Legislators have to respond to their constituents in their districts, and in many legislative districts, it's an issue that's close."

Harris could decide to wait it out until the House reconvenes in January, after the threat of primary challengers has passed.

Related: Illinois marriage equality bill co-sponsor: 'I believe the votes are there'

Editor's Note: Equal marriage advocates have organized the "March on Springfield for Marriage Equality" for Tuesday, October 22, 2013, the scheduled first day of the fall veto session of the Illinois state legislature. There is no cost to attend the march and all members of the public are welcome. For more information, including a list of Springfield-bound busses with available seats, visit www.marchonspringfield.org.