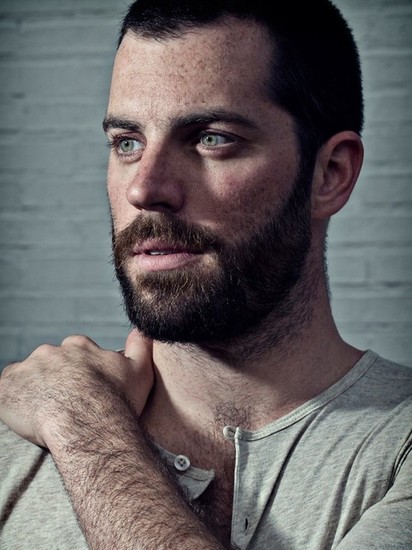 stephen leonard to perform at rock the march, oct 22

Chicago, IL - Before the March on Springfield for Marriage Equality, set to take place on Tuesday, October 22, several nationally prominent singers with Illinois roots will perform a free one-hour concert near the steps of the Illinois State Capitol.

Rock the March features performances by stars from "The Voice" and "American Idol" as well as an MVP quarterback, who is a pre-grammy nominee, and one the nation's few openly gay country stars, all giving their talent in support of marriage equality in Illinois.

"Love transcends gender, sexual orientation and faith," said Tracy Baim, March Co-chair. "Shakespeare wrote 'If music be the food of love, play on!' We are marching to Springfield to tell the people's representatives that 'love is love,' and that our families deserve the same marriage benefits granted to other loving couples in Illinois. What better way to begin the March than by raising our voices in song and poetry?"

The concept for the March itself was born after the non-vote on Illinois' marriage equality bill this past May when Baim, founder and editor of the Windy City Times, wrote an editorial expounding on the needs for a march and rally in Springfield. She reached out to 12 other individuals to become co-chairs and built support amongst LGBT and allied organizations to help organize a march for marriage equality on the first day of the fall veto session, which is October 22.

"I realized that a lot of the efforts were more behind the scenes, or not as visible, and I wanted to create an outlet for the anger, and the pride, of people fighting for this issue," Baim told ChicagoPride.com. "I knew from attending other marches and rallies that entertainment was an important part of social justice movements, so it was a natural to include choral groups, bands, poets and singers."

Baim's goal was to feature mostly LGBT performers who had roots in Illinois, choosing some of the featured headliners from September's benefit to raise money for the busses sending LGBT and allied youth to Springfield for the March.

The concert starts at noon and opens up with performances by members of Chicago Gay Men's Chorus, Windy City Performing Arts, Artemis Singers and Amasong with Jammin for Justice EarthBeat Drummers kicking off the March. Headliner performers span a variety of voices and genres, featuring everyone from De'Borah of "The Voice" to author, activist, teacher and performance poet C.C. Carter. Also performing are African American trans* woman, singer, writer and performer Kokumo, all-star MVP quarterback Sami Grisafe and "All American Boy" singer, YouTube sensation and openly gay performer Steve Grand, among others. All of the artists are performing free of charge to help benefit the March on Springfield for Marriage Equality.

"We're rocking this march to get the blood pumping -- we need high energy right now to help push this debate of marriage equality into action so that it becomes our reality," said Stephen Leonard, a local singer-songwriter and host of Gay Chicago TV's "Out Rock" who is also performing for Rock the March. "I do believe marriage equality is inevitable, but it is going to take more pressure from all of us in Illinois to take this home."

"I consider myself politically aware and personally motivated," he continued. "It's very important to stand for something and I've tied myself to this fight with many of my friends and family because equality is foundational for human potential -- and marriage is just one step closer for everyone."

Rock the March, slated to begin at noon at the March on Springfield stage in front of the Illinois State Capitol on 2nd Street, is the opening act for an afternoon of activism. After the one-hour concert is a rally featuring speakers from grassroots and other groups followed by a march around the Illinois State Capitol at 2:30 p.m. After that, Baim and the March co-chairs encourage people to go inside and talk to their elected officials.

"All of the efforts are needed, from lobbying and phone banking to actually showing up in Springfield for our rights," Baim said. "We have built a great team working on this March, and partnerships with media, including ChicagoPride.com, companies and nonprofits. This was truly a statewide effort to March on Springfield -- something that has never been done before for LGBT rights."

"We would love for people to come down a day early and stay the next day," Baim continued. "There will be events happening, but also the anti-gays are there Oct. 23. So come and stay a few days in Springfield, and save some time to see the amazing historical sites."