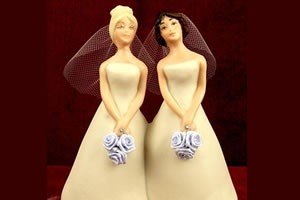 On Friday, Judge Hall threw out the motion to dismiss the lawsuit.

"We are pleased that the court saw that our couples have a right to their day in court on the merits of their claims for liberty and equality," said Camilla Taylor, Marriage Project Director for Lambda Legal.

The case involves 25 gay and lesbian couples who requested marriage licenses but were denied. The plaintiffs are represented by Lambda Legal and the Illinois chapter of the American Civil Liberties Union (ACLU).

"Illinois' marriage ban not only brands these couples and their children as inferior under state law, but now that the federal law known as "DOMA" has been struck down by the Supreme Court, Illinois is the only thing standing between these families and full federal respect for their relationships," said Taylor.

The state currently recognizes gay couples with civil unions. A marriage bill stalled in the House after passage in the Senate earlier this year.

"Loving same-sex couples in Illinois can't wait any longer for the freedom to marry," added Taylor. "We're excited to get to the next step and make the case for equality."