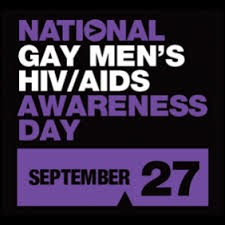 Chicago, IL - On September 27 in support of National Gay Men's HIV/AIDS Awareness Day, hundreds of organizations and individuals including Equality Illinois have signed onto a joint letter to re-engage with the broader LGBT community in the fight against HIV/AIDS.

According to the Centers for Disease Control and Prevention (CDC), gay and bisexual men accounted for 63% of all new HIV infections in 2010, and perhaps most concerning is the 22% increase among those between 13 and 24 years old. In fact, gay men are the only group in which HIV infections are increasing.

"The epidemic is not over. We must never forget the lives lost in the state's LGBT community or become complacent because there is the potential for eradicating HIV/AIDS. The best solution is education and prevention, to which we all must recommit," said Bernad Cherkasov, CEO of Equality Illinois, the state's oldest and largest advocacy organization for lesbian, gay, bisexual and transgender Illinoisans.

"The LGBT Boomer generation was devastated by the AIDS epidemic. SAGE's constituents lost more friends and loved ones than we can count," says Michael Adams from SAGE (Services and Advocacy for LGBT Elders). "Our hope for the next generation is to live in a world without AIDS. We can make this a reality, but it's going to take all of us. It's time for the LGBT community to come back to the fight against HIV/AIDS, and SAGE is ready for that fight."

"Thirty-plus years since the epidemic first hit, gay men still account for the highest rates of new HIV infections and our nation still hysterically criminalizes HIV status," says Kate Kendell from National Center for Lesbian Rights (NCLR). "We are now on the brink of ending the epidemic and bringing sanity to how we treat those who are positive, but only if our entire community gets engaged and involved."

"Our Center has been fighting HIV since the beginning," says Glennda Testone, Executive Director of the New York City LGBT Community Center. "It's time for us to remain focused and use what we have learned in the intervening years to continue this fight with renewed energy and vigor. This time we can end an epidemic."

Over the last 30 years, the LGBT community has seen great strides in the movement for full equality. Much of this success is the result of a concerted movement, which was galvanized in response to the AIDS epidemic in the 1980s...In the decades since our movement has seen incredible victories...Unfortunately, our community hasn't maintained the same momentum in our fight against HIV...Each day, more then 80 gay and bisexual men become infected with HIV in the United States...Despite these alarming statistics, which have galvanized our community in the past, the HIV epidemic has seemed to fall by the way side. Many in our community have simply stopped talking about the issue. This must change. (https://gopride.com/Z93l)