Circuit Nightclub's Under the Big Top 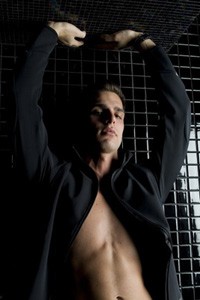 It's your chance to escape the everyday as the sizeable Circuit Nightclub is transformed into the "Big Top" for an evening that is sure to delight all ages - 21 and older. Concept decor by Visuwil. Clowns, a bearded lady, Absolut snow cones and all sorts of amazing circus acts are among the sensational attractions.

If you've ever dreamed of joining the circus this is your chance to experience what can only be described as Barnum and Bailey's meets circuit party.

The night opens with DJ Hugo followed by DJ Billy Steele headlining the all-night spectacular. Steele, a 28-year-old New Yorker who quit modeling to become a talented and well-known DJ, makes his first appearance in the Windy City.

"I've seriously done my homework — listened to everything I could get my hands on by the Chicago pioneers: Adonis, Frankie Knuckles, Ron Hardy, Pierre, Felix, Ralphi." said Steele during an interview with ChicagoPride.com. "I've never spent so much time crafting a set for a certain city."

The event will be broadcast live on FusionRadioChicago.com.

So step right up and get your tickets at Universal Gear, Beatnix, Borderline Music (both locations) and Mephisto Leathers. Admission is $20, advance tickets and members are $10.

Nitro takes place at Circuit Nightclub the last Saturday of every month at 10pm and always features the hottest DJs and entertainment. Circuit is located at 3641 N. Halsted. For more information visit www.n2-nitro.com.

About Circuit Nightclub - Circuit Nightclub began nine years ago as Halsted Street Café and has grown to become the largest dance club in Boystown. Circuit is committed to the GLBT community and fosters a diverse and inclusive atmosphere where all people, regardless of orientation, feel welcome. Circuit Nightclub was voted #1 in AOL Cityguide's 2006 City's Best Program.