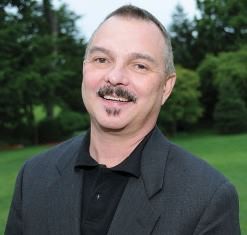 Chicago, IL - Pope Francis has outlined a new path for the Roman Catholic Church and the way it deals with the LGBT people in the Church and elsewhere.

In an interview with America Magazine the Pope stated, "I said that if a homosexual person is of good will and is in search of God, I am no one to judge. By saying this, I said what the catechism says. Religion has the right to express its opinion in the service of the people, but God in creation has set us free: it is not possible to interfere spiritually in the life of a person. A person once asked me, in a provocative manner, if I approved of homosexuality. I replied with another question: 'Tell me: when God looks at a gay person, does he endorse the existence of this person with love, or reject and condemn this person?' We must always consider the person."

"This is what I and other gay Catholics have been saying for years," said Rick Garcia, a devout Catholic and Director of Policy for The Civil Rights Agenda, the largest Illinois Lesbian, Gay, Bisexual and Transgender (LGBT) civil rights advocacy organization. "The Gospels preach love and acceptance over rigid dogma. God loves all his children and I'm thrilled the Holy Father is sending a clear message to the Church hierarchy to stop spreading hatred."

Garcia continued: "As a Catholic, I'm always shocked – even after all these years -- to witness Church leaders testifying against God's children. It seems so, well, unchristian. I pray that Cardinal George and others throughout America will take the gospel-centered advice of our Holy Father."

Pope Francis, in the first extensive interview of his six-month-old papacy, said that the Roman Catholic church had grown "obsessed" with preaching about abortion, gay marriage and contraception, and that he has chosen not to speak of those issues despite recriminations from some critics.