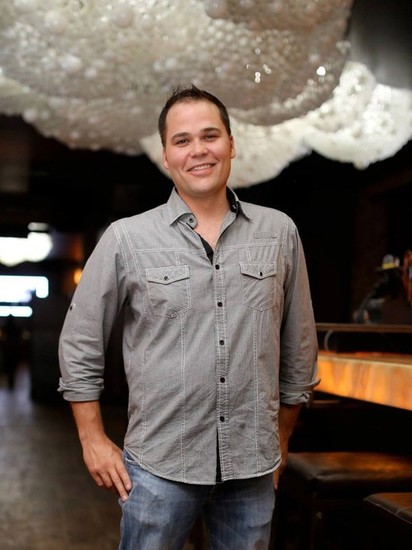 Chicago, IL - Sometime in early to mid October, a familiar home for thousands of Chicago area gays will get a new look and a new name, when the real estate and assets of the legendary Hunter's Nightclub in suburban Elk Grove Village will transfer to new ownership and management.

"I count myself among so many for whom Hunter's was their first gay bar experience," said the new PhoenixBar General Manager Justin Romme. "It's a huge space, with a great vibe and an incredible staff."

Phoenix Bar is owned and managed by the same team that opened the popular Progress Bar this past June, at the corner of Halsted and Roscoe in the heart of Chicago's Boystown neighborhood.

Romme worked with Progress Bar's creator and managing partner David Sikora for the past few months, after several years working for Hilton Corporation. Both bars have the same vision statement—"where everyone feels important."

"Management, employees, customers and community—we are singularly driven to provide an environment of inclusion that's welcoming and supportive to everyone," Sikora said. "The response at ProgressBar has been overwhelmingly positive. When we heard that the Hunter's space was for sale, we acted immediately—the best gay bar in the suburbs, hands down."

The new owners recognize there is a huge legacy to be preserved in the 6,500 square foot space. With a capacity of nearly 600 (more with the popular outside patio from May through October), a great sound and light system, a sprawling dance area and 150 free parking spaces. "It's no wonder that the space has been a community destination for 30 years," commented Romme.

"There are so many great things about the current space....and we are keeping the vast majority of the current Hunter's staff, because they are absolutely top notch and have a loyal following." Romme said. "But the name 'Phoenix' implies a new beginning. We are revamping the interior, updating the look and feel of the space. Lots of brand new giant flatscreens, new interior design elements, new colors."

But Romme is particularly excited about Phoenix Bar's new, custom-designed dance floor, slated to be completed a few weeks after the bar's opening. "It's essentially a giant flat-screen television, constructed of multiple seamless video panels. There's nothing like it in the Chicago area. We hope to bring the bar's dance club tradition to a whole new level."

With an open date in early to mid-October, after a few weeks to complete an intense interior makeover of the space, Phoenix Bar will open "with a whole new look and whole new attitude" according to Romme. "This space is legendary. But once we've completed our extensive interior makeover, we will strive to be the new premier gay bar and nightclub in Chicago's suburbs. Exciting weekly promotions and nights, coupled with a great new look and an incredible staff... truly, it will be Phoenix rising."