Steve Grand to perform at March On Springfield, Oct. 22 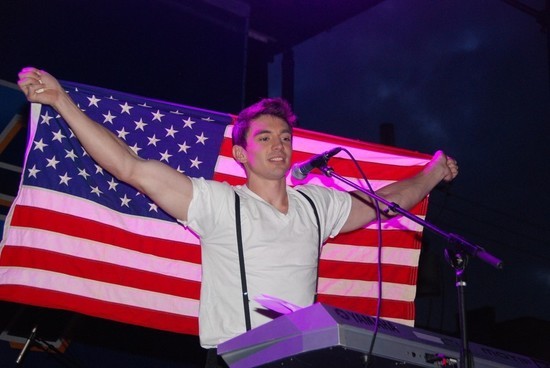 On July 2, the aspiring Chicago-based singer-songwriter released the song and video for "All-American Boy," a country-rock ballad about unrequited love. The video attracted more than 1 million views in less than a week.

On the heels of the smash success of "All-American Boy," Grand released his latest song and video, "Stay," on Sept. 6.

Grand and half a dozen other artists, who have donated their time, will perform at Noon on Tuesday, Oct. 22, the scheduled first day of the fall veto session of the Illinois state legislature. The March on Springfield rally begins at 1 p.m., followed by a march around the state capitol at 2:30 p.m.

The March on Springfield is part of a broad grassroots strategy to secure final passage of Senate Bill 10, the Religious Freedom and Marriage Fairness Act, already approved by the Illinois Senate. If adopted, Illinois would become the 14th state plus the District of Columbia to allow full marriage equality.

For more information on the March on Springfield visit marchonspringfield.org.