Michael Jordan's daughter, Jasmine, rumored to have come out gay 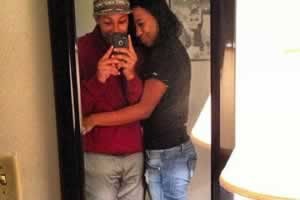 UK's Pink News reported that Jasmine, a 20-year-old junior at Syracuse University, had confirmed that she's a lesbian in a message to a user but failed to publish the exchange.

"Responding to users' questions on whether or not she was gay, she confirmed that it is true," the site wrote.

After posting a picture of herself and Carmen Tyson-Thomas, a former guard for Syracuse University, she wrote: "This little closet is holding me back." But she later added: "Lmao I love how media took my 'little closet' video and flipped it. Haha. No, I seriously have a little closet."

She also posted on her Instagram account: "Until love, trust, honesty, respect, loyalty, commitment, genuine happiness and other characteristics or aspects I want in a relationship is defined by one gender then and only then will I discuss my sexual preference."