Wentworth Miller says he tried to commit suicide at 15 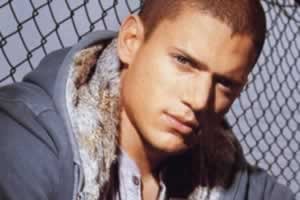 Recently out actor Wentworth Miller revealed over the weekend that he attempted to kill himself several times as a teenager.

"The first time I tried to kill myself I was 15," Miller told a Seattle audience attending the Human Rights Campaign's annual gala."I waited until my family went away for the weekend and I was alone in the house and I swallowed a bottle of pills. I don't remember what happened over the next couple of days, but I'm pretty sure come Monday morning I was on the bus back to school pretending everything was fine."

The 41-year-old Miller publicly came out gay last month in the course of declining an invitation to attend a film festival in Russia.

Miller said that he remained publicly closeted because "when I thought about the possibility of coming out, how that might impact me and the career I worked so hard for, I was filled with fear."