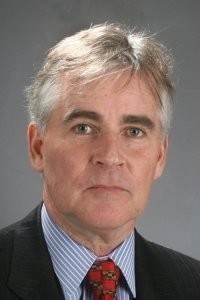 Chicago, IL - Pat Brady, the former chairman of the state Republican Party, announced Tuesday that he was joining the American Civil Liberties Union (ACLU) of Illinois to lobby for the passage of same-sex marriage legislation in Illinois.

"Liberty, freedom and equality under the law are all things that Republicans and conservatives have believed in for a long, long time," Brady told WBEZ radio. "So I don't have any qualms with that, and I really excited to help work with them and get this done right in Illinois."

Brady, elected chairman for the Illinois Republican Party in 2009, earlier this year outraged some members of his party when he encouraged Republicans in the Illinois General Assembly to support proposed same-sex marriage legislation.

Brady, who is already a few days into the job, will focus on lobbying House Republicans to get same-sex marriage legislation passed this fall when lawmakers return to Springfield for their annual veto session.

The Religious Freedom and Marriage Fairness Act cleared the Illinois Senate on February 14, with state Sen. Jason Barickman (R-Pontiac) casting the lone GOP yes vote. The bill stalled in the Democratic-majority House on May 31, which makes Republican support crucial for passage.

Steve Schmidt, a GOP strategist who was formerly a top advisor to Arizona U.S. Sen. John McCain's 2008 presidential campaign, told WBEZ that the state's "anemic" GOP should take a new tack on gay marriage, especially to win votes from suburbanites and young people.

Schmidt is heading up the ACLU's $10 million national push for marriage equality.

Related: The March on Springfield for Marriage Equality will take place on Oct. 22, 2013, the scheduled first day of the fall veto session of the Illinois state legislature. For more information, visit www.marchonspringfield.org.