Donna Summer Among Superstar Talent at One Mighty Weekend; June 1 - 3 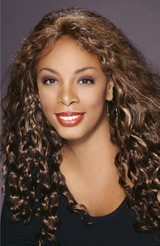 Orlando, FL - As the days and nights shorten, we get closer and closer to the famed events of One Mighty Weekend in Orlando, Florida. We anxiously await details and seek a glimmer of what is to be expected at the events. In the "Year of a Million Dreams", you only need to "Wish Upon A Star" in order to experience the magic that these events bring.

When you think of the events of One Mighty Weekend at the Walt Disney World® Resort Orlando you automatically think magical experiences. Promoter Johnny Chisholm believes this year is no exception.

This year the pre-event for Saturday night's One Mighty Party at Disney's-MGM Studios will be one to remember. First the incomparable comedic stylings of the Emmy® nominated "D-List" diva herself Kathy Griffin. Secondly, the One Mighty Weekend premier of DJ/Remixer Eddie Baez.

The party continues with DJ Roland Belmares spinning on the main dance floor from 10PM—2:30AM. And on the second dance floor in front of Rock ‘n' Roller Coaster® Starring Aerosmith is DJ Phil B.

Adding to all of this excitement Johnny Chisholm is proud to announce the "Queen of Disco" DONNA SUMMER who will be performing on the main stage. Ms. Summers official biography says it best, "An artist who once defined the ‘70s pop music generation as the ‘Queen of Disco,' Donna Summer has become one of the world's leading singers and songwriters. The career of the five-time Grammy-winner spans a range of musical genres from R&B and rock to inspirational and dance.

In 1975, Moroder and Bellotte produced the international hit, Love to Love You Baby which rose to #2 on the Billboard Hot 100 and triggered Summer's triumphant return to the United States as a key figure of the new disco genre. Love to Love You Baby paved the way for such Grammy-award winning hits as Bad Girls and Hot Stuff as well as many top 40 hits such as MacArthur Park, Dim All The Lights and She Works Hard For The Money. Also the Academy-award winning theme song Last Dance from the film Thank God It's Friday, remains a shining moment of Summer's career.

In 1994, she released Endless Summer, a greatest hits retrospective, containing a new song, Melody of Love, which became Billboard's #1 Dance Record of the Year. In 1997, when the new "Best Dance Recording" Category was created at the Grammy Awards, Donna Summer was the first winner with her fifth career Grammy award for Carry On.

Ms. Summer has earned 5 Grammy Awards, 3 consecutive number one Platinum albums (she is the only artist, male or female ever to accomplish this), 11 Gold albums, 4 number one singles, 2 platinum singles, and 12 gold singles."

With the addition of this superstar talent we look forward to seeing you there with all the anticipation and excitement as it has taken to bring this release to you. This unforgettable weekend will benefit the Elton John AIDS Foundation. For more information and tickets go to www.onemightyweekend.com.