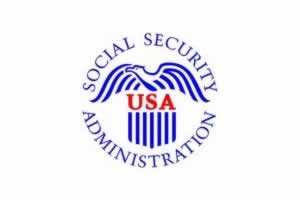 Washington, D.C. - On Friday, the Social Security Administration announced that it has begun processing benefits for married gay and lesbian couples.

Carolyn W. Colvin, acting commissioner of Social Security, made the announcement in a brief written statement.

"I am pleased to announce that Social Security is now processing some retirement spouse claims for same-sex couples and paying benefits where they are due," Colvin said. "The recent Supreme Court decision on Section 3 of the Defense of Marriage Act, made just over a month ago, helps to ensure that all Americans are treated fairly and equally, with the dignity and respect they deserve."

"We continue to work closely with the Department of Justice. In the coming weeks and months, we will develop and implement additional policy and processing instructions. We appreciate the public's patience as we work through the legal issues to ensure that our policy is legally sound and clear."

"I encourage individuals who believe they may be eligible for Social Security benefits to apply now, to protect against the loss of any potential benefits. We will process claims as soon as additional instructions become finalized."

Michael Cole-Schwartz, spokesman for the Human Rights Campaign (HRC), the nation's largest LGBT advocate, responded in a statement given to BuzzFeed.