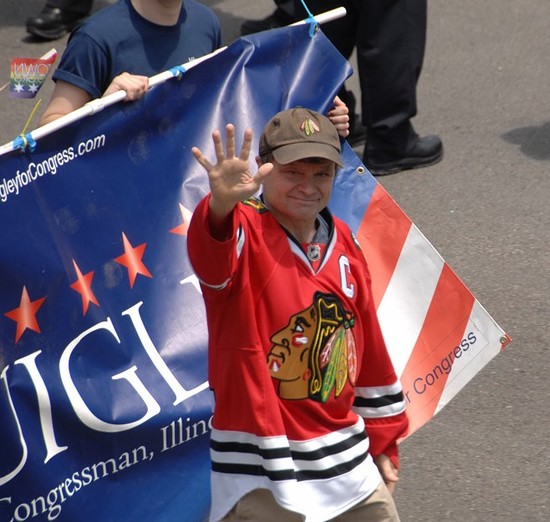 "Equality for the LGBT community is closer than ever but outdated and discriminatory policies like this must evolve to match advancements in science and technology," said Rep. Quigley. "Patients across the country desperately need life-saving blood transfusions, yet perfectly healthy would-be donors are turned away based solely on sexual orientation. These potential donors deserve an update on the status of HHS research and the significant impact it may have on the policy moving forward."

The letter states, "Since the beginning of the HIV/AIDS epidemic more than 30 years ago, the scientific community's understanding of the virus has changed dramatically. We have seen vast advances in blood screening technology, blood donation policy changes in other countries allowing MSM to donate, and opposition from our nation's blood banks who have called the current ban 'medically and scientifically unwarranted.' Our current policies turn away healthy, willing donors, even when we face serious blood shortages. Further, the existing lifetime ban continues to perpetuate inaccurate stereotypes against gay and bisexual men, and fosters an atmosphere that promotes discrimination and discourages individuals from seeking HIV testing and treatment services."

In addition to Quigley, Baldwin, Warren, and Lee, the letter was signed by a bicameral, bipartisan group of 82 members of the U.S. Congress.

The current lifetime ban on MSM donating blood was put in place during the rise of the AIDS epidemic in the 1980s, but is no longer scientifically justified with current blood screening technology. In 2010, the HHS Advisory Committee on Blood & Tissue Safety & Availability (ACBTSA) found the ban to be suboptimal and asked for re-evaluation of this policy.

On June 18, 2013, the American Medical Association (AMA) passed a resolution opposing the current lifetime ban as discriminatory and not based on sound science. Instead, the AMA supports new donation deferral policies that are based on an individual's level of risk. The blood banking community, including the American Red Cross and America's Blood Centers, has also long-supported a change in policy.

While HHS has been working to conduct the studies needed to support changes in the current MSM deferral criteria, progress has been slow. Yet, the medical community's opposition to the current MSM ban provides even greater impetus for HHS to move swiftly with its research and revision of the policy. To encourage HHS to promptly end this outdated policy, the bipartisan letter requests HHS provide further information on the agency's current and future plans to address the ban and signals strong Congressional support for moving forward with securing the nation's blood supply in a scientifically sound manner.

Rep. Quigley is a member of the Congressional Equality Caucus and a tireless advocate for the LGBT community. He has previously worked with then-Senator John Kerry to urge HHS to examine alternative blood donor deferral criteria and has long believed the policy should reflect risky behavior rather than sexual orientation.