Equality Illinois calls on Chicago to end relationship with Moscow 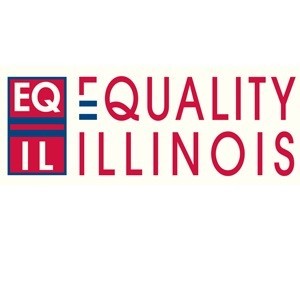 Chicago, IL - Equality Illinois today urged the City of Chicago to suspend its sister city relationship with Moscow as part of a concerted effort to protest Russia's criminalization of gay rights activism.

"As the state's oldest and largest advocacy organization for lesbian, gay, bisexual and transgender Illinoisans, we believe that it cannot be business as usual in Illinois' relations with Russia until that country's oppressive laws are reversed and gays are not targeted for oppression," said Bernard Cherkasov, CEO of Equality Illinois.

"From many small but meaningful steps, a national and then an international consensus will grow and ultimately, we believe, force Russia to change its behavior toward its gay citizens and visitors," Cherkasov said.

The Russian crackdown is in contradiction to the actions of the United Nations High Commissioner for Human Rights, which this month launched an international campaign advocating for human rights for LGBT people. Even Pope Francis said only yesterday "Who am I to judge" gay people, and added, "We shouldn't marginalize people for this. They must be integrated into society."

"Among countries with homophobic laws, Russia is unique in that it is a permanent member of the UN Security Council and wants to be a player on the European and world stages, yet it fails to provide basic human rights for millions of its citizens and visitors. More than being persecuted and harassed, people in Russia are also being violently attacked for their advocacy. This cannot go unanswered," Cherkasov said.

In leading the Illinois response, Equality Illinois is calling for these three initial steps:

Chicago should immediately suspend its sister city relationship with Moscow. This relationship includes business forums and arts programs and the annual black-tie celebration in Chicago of Russia Day, which remembers the creation of Russia after the collapse of the Soviet Union. A good place to start is to exclude any participation by Russian government officials or business and cultural representatives from next week's annual Chicago Sister Cities International Festival. In addition, other Illinois cities that have sister city partnerships with Russian cities should also end those relationships. They include Bloomington-Normal, Illinois and Vladimir, Russia; and Dixon, Illinois and Dikson, Russia.

LGBT Illinoisans and allies should suspend their business relationships with Russia. Already, some Chicago bars have stopped selling Russian vodka, but all Illinois businesses should suspend activities that help the Russian government or empower it by strengthening their economy.

Recreational or cultural travel to Russia should be canceled. There are many other destinations worthy of our dollars and our time where LGBT visitors won't feel threatened and risk arrest just for being who they are.

"Equality Illinois will continue to explore ways to protest Russia's homophobic policies and calls on all Illinoisans to join in this effort that is already expanding to other world capitals," Cherkasov said.