Who is Tom Stephan? 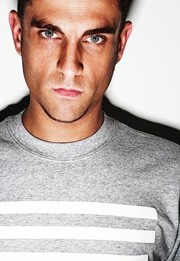 Everyone always asks: "Who is Tom Stephan?" Here are some answers to the question.

A DJ, remixer, and producer originally from upstate New York who is now based out of London.

One of the many clubbers who became excited about dance music as a result of experiencing Junior Vasquez spin his magic at the legendary NYC nightclub Sound Factory in the early 1990s.

The man behind Superchumbo, the pseudonym he's used to create chart-topping dirty house dance tracks such as "The Revolution," "This Beat Is," "dirtyfilthy," and "Irresistable."

The long-time resident DJ at Crash, the famous gay dance club in the Vauxhall section of London.

Someone who recently established his own record label called ChumboMundo that will feature his future Superchumbo releases as well as showcase the efforts of Toru S from Tokyo, Kamisshake from London, and the legendary king of acid house DJ Pierre.

The producer of a brand new mixed compilation CD called Let's Go Chumbo that will be released on Star 69 Records on January 22, 2007.

Tom Stephan is one of the headliners, along with Roger Sanchez, to appear at Crobar Nightclub this coming Friday night, January 19, 2007.

For more info about Tom Stephan check out his website: www.tomstephan.com