March on Springfield for Marriage Equality set for Oct. 22, 2013 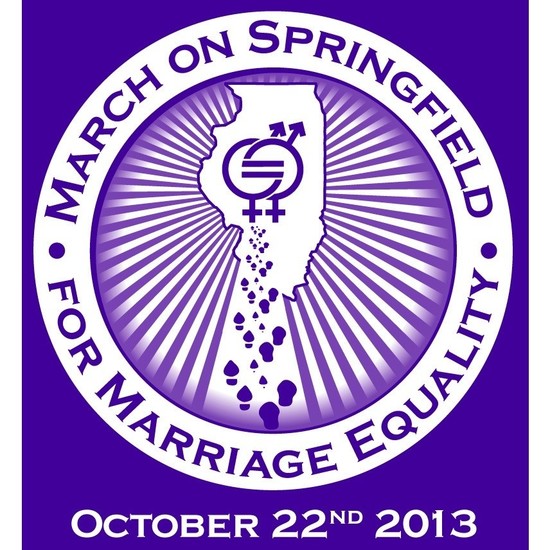 A majority of Illinoisans support marriage equality. The "March on Springfield" is part of a broad grassroots strategy to secure final passage of Senate Bill 10, the "Religious Freedom and Marriage Fairness Act." SB10 has already been approved by the Illinois Senate and Illinois Governor Pat Quinn has said he will sign it. Once adopted, Illinois will become the 13th state, plus the District of Columbia, to treat all of its citizens equally under state marriage laws.

The "March on Springfield" will be coordinated by an independent team of diverse co-chairs from across the state, in partnership with grassroots groups, politicians, religious groups, corporations, unions, and individual community organizers. LGBT and allied volunteers are needed.

More details on the "March on Springfield" will be announced July 1. Details will be available on Facebook at https://gopride.com/Z8ejy and on Twitter at @IllinoisMarches.