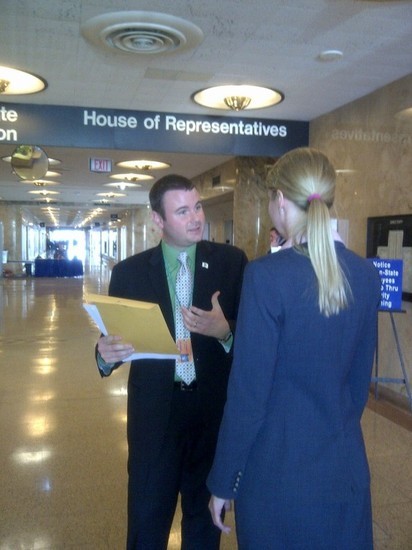 Equality Illinois (EQIL) has pledged to use half of the fund toward an educational campaign focusing on the collar counties, Downstate areas and Chicago neighborhoods where there is a need to strengthen the advocacy for and defense of the freedom to marry.

"We will not shy away or be outraised in fighting for our freedom," said Bernard Cherkasov, CEO of Equality Illinois. "Everywhere candidates turn in 2014, they'll have to be aware that the information we bring to voters and the direct action in their campaigns might be present to help or challenge them, depending on whether they believe in the right for all couples in Illinois to have equal recognition under the state's marriage law."

The $250,000 political action piece of the Fight Back for Marriage plan, though formidable, is a target set to directly confront an opponent of LGBT equality, the so-called National Organization for Marriage, which threatened to spend $250,000 to oppose particularly Republican legislators who supported the freedom to marry.

"We will defend those candidates who demonstrate a dedication to the freedom to marry through their votes and campaign commitments," said Jeremy Gottschalk, chair of Equality Illinois PAC board of directors. "And we will ensure that those who stand in the way of marriage equality are held accountable to the voters. No opponents of marriage equality can be sure that their re-election campaigns will be easy next year."

EQIL PAC has a history of success at the ballot box and expects to be even more successful in 2014 in helping allies and confronting our opponents. In last November's election, 69 of Equality Illinois PAC's 82 endorsed candidates were elected (including 26 of the 39 EQIL PAC-endorsed candidates involved in competitive races), for a success rate of 84%.

Equality Illinois' educational and advocacy campaign for the marriage bill, funded by the other $250,000 of the Fight Back for Marriage campaign, is already underway after the Illinois House of Representatives failed in its responsibility to vote and pass the Religious Freedom and Marriage Fairness Act by May 31.

EI stated: "Once the law passes, as we are confident it will, we must educate public officials and the public how the law works and defend it against expected attacks. There are likely to be attempts to weaken it or challenge it in the courts. Already, there is legislation introduced for a state constitutional amendment seeking to define marriage only as between a man and a woman. Also, the educational arm will inform voters about the incumbents and their challengers."