Two More Celebs Come Out of the Closet 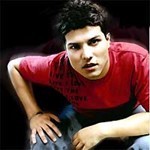 Knight says he's gay, but hopes people don't consider that "the most interesting part of me." The 33-year-old actor addressed rumors of his sexuality in a statement to People magazine Thursday.

"I guess there have been a few questions about my sexuality, and I'd like to quiet any unnecessary rumors that may be out there," Knight's statement to People read. "While I prefer to keep my personal life private, I hope the fact that I'm gay isn't the most interesting part of me."

Helton was a top five finalist on season one of American Idol.

When Flick asked Helton, during the on-air interview, why he stopped performing inspirational [or religious] music, Helton answered that it stemmed from a conflict between his religious views and his sexuality.

"I can have a faith but can’t be who I want to be," Helton said in an excerpt from the interview issued to the media. “Just because I am gay does not mean I can’t love God.”

Flick then congratulated him for coming out publicly and asked him why he decided to do it.

"I’ve never even said that," Helton answered. "It feels good. I’m just really comfortable with who I am now."